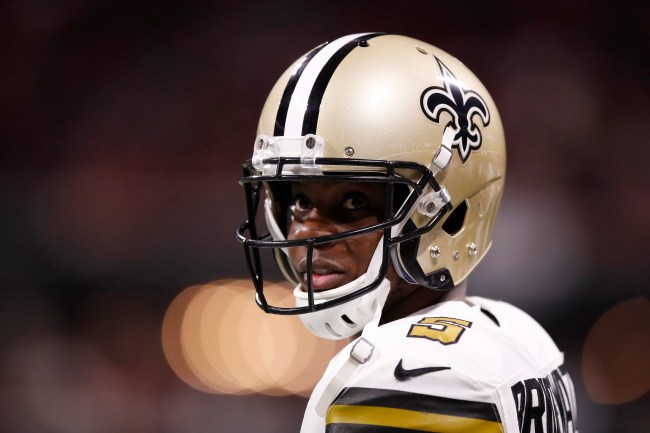 Teddy Bridgewater was one of the hottest names in NFL free agency this offseason, with the 27-year-old quarterback an option for plenty of teams who were looking for an up-and-coming starter. While Bridgewater was linked to a number of different teams, it’s being reported by ESPN’s Chris Mortensen that the Carolina Panthers have agreed to a massive three-year deal expected to be in the $60 million range. The agreement isn’t yet complete, but is expected to be by the start of the new league year in a day.

The Panthers and Teddy Bridgewater are negotiating a 3-year contract in the $60 million range, per source. The deal is not done as they work out details but it is expected to be complete when new league year opens Wednesday.

For Teddy Bridgewater, he made himself a ton of cash after going an impressive 5-0 during his time as a starter for the New Orleans Saints last season while Drew Brees was injured. He did more than just manage the team, but showed he could be a budding star, which led many to think he could cash in during free agency — which he absolutely did today.

With Bridgewater now moving from the Saints to the Panthers — which, by the way, both reside in the NFC South — the quarterback has officially supplanted one Cam Newton as the starter in Carolina, which seemed like it was on the horizon months ago. It still seems like a swift move by the organization, though, which went from zero to 1,000 miles per hour in its decision to replace the 2015 league MVP and former No. 1 overall pick. The abruptness in which the Panthers made the choice to go with Teddy over Cam has led to a messy breakup between the incumbent and the organization.

It was reported early Tuesday morning that the Panthers had given Newton permission to seek a trade, posting something on Instagram about it. Fast-forward an hour or so, Cam fired back with a comment on the photo, claiming he never asked for a trade, and felt as if he’s being made to look like the bad guy in the situation as he gets pushed out by the one franchise he’s ever known.

After nine seasons together and lots of success — which included a trip to Super Bowl 50 a few years ago — it’s sad to see Newton and the Panthers end like this. But with Teddy Bridgewater all but officially the team’s new quarterback, it’ll be interesting to see what happens with Cam Newton now. Is he an option for the Tamp Bay Buccaneers now? Will a team like the New England Patriots make a run for him now that Tom Brady’s announced he’s leaving Foxborough? Who knows how this will end up for him, but one thing’s for sure, the NFL offseason is already nuttier than we probably imagined it would be — and it’s only Day 2, so get your popcorn ready.