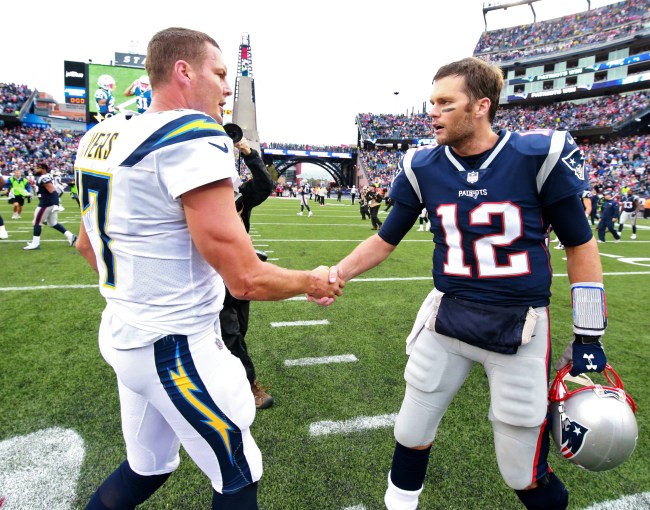 The NFL offseason is just a few weeks away, and, more than any other year, this is the one that can actually shake up the entire landscape of the league. That’s often just hyperbole used to keep fans interested in what’s happening in the NFL. But, in 2020, it couldn’t be more true.

Let’s just go ahead and list a group of names and see if you recognize any of these soon-to-be free agents, shall we?

OK, you probably get the point: The free agent class this NFL offseason is unlike any other, loaded with future Hall of Famers at the top (Brady, Brees, Rivers), perennial Pro Bowlers in that next tier (Prescott, Green, Clowney) and game-changers like Winston and Henry, with the former leading the league in passing yards and touchdown passes, and the latter leading the league in rushing yards in 2019.

Guys, that’s just eight players, and doesn’t even include some of the rumored trades that could occur before the NFL kicks off again later this year. Given the wild amount of talent available this NFL offseason, there’s one simple conclusion — it’s about to be as wild as a season in Madden NFL 20.

Anyone who has ever played the popular video game knows that things can get crazy as shit when it comes to running a franchise. You pull off unfair trades. You slash cap room. You sign a bunch of superstars. You weed out the bad players and only draft/sign the best ones. That’s what this year’s NFL offseason is about to do — and to help explain why, we highlight some of the ways it could legitimately reshape the entire league.

We all know about the Tom Brady rumors — which come hard and fast every single day — but the GOAT isn’t the only one who could be looking for a new team this offseason. Among the others include Philip Rivers and Drew Brees, with Rivers already cutting ties with the Los Angeles Chargers, and Brees expected to return to the New Orleans Saints. Do both still have enough left in the tank to legitimately lead a team to a Super Bowl next season? It sure as hell seems like it.

In addition to the A-listers above, former No. 1 and No. 2 overall picks Jameis Winston and Marcus Mariota are out there, as is Ryan Tannehill, Teddy Bridgewater, and, potentially, Nick Foles (if the Jaguars decide to trade him). Any number of these guys could step in and, given the right situation, guide a team to a playoff run.

In a league driven by quarterbacks, even just one or two changing teams could lead to a power shift. And if one of those happens to be Brady, fans will lose their shit.

What’s The NFL Draft Got In Store?

Like every season, the NFL Draft is sure to deliver plenty of intrigue. Although the No. 1 overall pick is all but decided already — the Cincinnati Bengals enamored with reigning Heisman Trophy winner Joe Burrow from LSU — how the dominoes will fall soon thereafter is anyone’s guess.

Are the Washington Redskins serious about drafting a signal-caller in the top-10 for the second straight year to compete with Dwayne Haskins, or are the rumors floating around just a smokescreen used for trade bait?

And what about the Chargers? Or the Dolphins? Or the Panthers? Are they looking to move up and get themselves a face of the franchise, or stay pat and risk missing out?

The NFL Draft is always a wild ride, delivering surprises and risks and underdogs. But this year feels a little bit more important (and uncertain) given the potential turnover at key positions.

Which Team Positions Itself For A Worst To First Turnaround?

In the past few years, teams like the San Francisco 49ers and Philadelphia Eagles have gone from really shitty to really, well, not shitty, with each making a run to the Super Bowl a season after embarrassing seasons. Could we see something similar happen after this NFL offseason?

There are a few candidates — like the Cleveland Browns and Carolina Panthers — who have a good mix of veterans and young guys, along with new head coaches, who could turn things around quickly. But it all depends on what moves they make this offseason.

Like a GM in Madden NFL 20 does, the next few months will determine which teams make bold moves, nail their draft picks and can put it all together. Like the video game, there’s no explanation as to why crappy teams suddenly get good so fast, but, hey, life imitates art a lot of times, right?

WTF Will Happen With The CBA Negotiations?

OK, so this isn’t something that happens in Madden, but it still represents something that’s pretty fucking wild (and really important) right now. The league’s new Collective Bargaining Agreement (CBA) has been passed, but it was close AF, so there are still lots of players opposed to the decision.

Will there actually be 17 games? Now that weed’s legal for players, how will that impact the league? There are so many questions still looming despite a deal getting done.

Negotiating is like a dance — one side gives a little to get a little — so some of those small issues or questions could completely change how the league looks for the next decade. It’s a fascinating shadow that’s casting itself over the entire 2020 season; even after the two sides agreed upon a new one the other day.

Just like all those hours logged playing Madden NFL 20, when the offseason in Franchise mode can be more entertaining than the games themselves, the real-life NFL offseason is about to one helluva shitshow. Nobody knows what’s in store, but it’s sure to change how the league looks and could shift the balance of power.