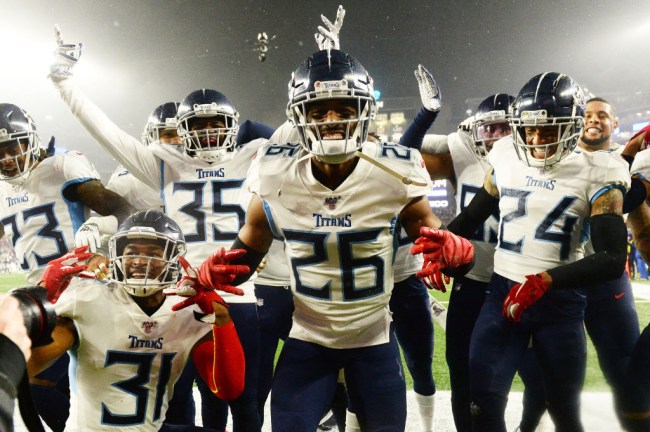 For all the folks out there that don’t think that sports video games are all that realistic, you may want to think again after hearing what Titans defensive back Logan Ryan said following Tennessee’s big win in Baltimore in their AFC Divisional matchup.

While it’s impossible to completely shut down Lamar Jackson and the Ravens offense, there is a way to slow him down as the Titans showed on Saturday night. While Jackson threw for 345 yards and picked up another 143 yards on 20 carries, Tennessee was able to force two interceptions and a fumble during the win.

How did the Titans slow the soon to be league MVP? They took a page out of the Madden playbook, of course. Ryan pointed out that the Titans put eight to nine guys in the box to slow down Jackson’s run game essentially running Madden’s ‘engage eight.’

Great breakdown from Logan Ryan on how the Titans shut down Lamar Jackson: "We had 8-, 9-man boxes all night. You play Madden and run Engage Eight all day, it’s hard to run the ball. We pretty much did that."

It’s also interesting that Ryan pointed to the fact that Tennessee took a lot from Buffalo’s defensive gameplan citing that the Bills did a lot right, but just couldn’t score enough points on the other end of the ball.

The Titans jumped out to a quick 14-0 lead in Baltimore after a perfect start and essentially forced Jackson to beat them through the air, which is easier said than done against Tennessee’s aggressive and talented secondary.

Ryan himself didn’t have an interception in the game, but it’s clear that the Titans interesting gameplan worked as they find themselves in the AFC Championship game against the Chiefs.