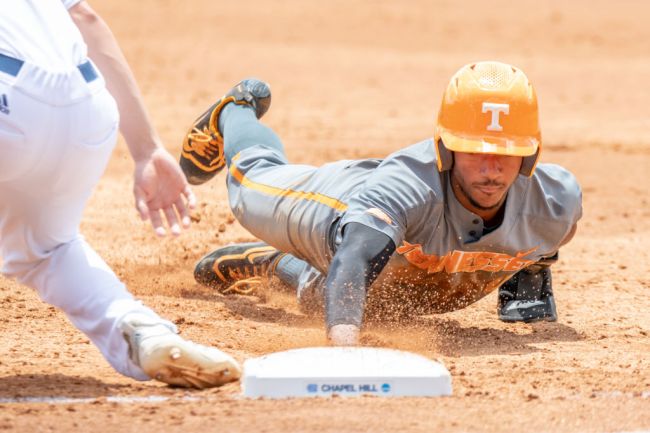 In January, shortly after Tennessee fired head football coach Jeremy Pruitt, Dan Patrick shared to his listeners that a source revealed to him that football recruits were allegedly receiving cash inside of McDonald’s bags.

So, what does Tennessee’s baseball team do with this information? Troll the football team, of course.

The Volunteers welcomed Arkansas-Pine Bluff to Knoxville on Tuesday for its season opener. Junior infielder Max Ferguson hit a home run in the third inning and as he was greeted by his team at home plate, he raised a McDonald’s bag into the air.

The #Vols baseball team home run celebration prop is a McDonalds bag. Trolling your own football program is iconic. pic.twitter.com/VTlEZ6mQSz

Patrick’s story about someone at Tennessee taking the term ‘bagman’ a little too literal is one to behold.

“I asked my source how did they get these assistant coaches on recruiting violations,” Patrick said during a segment of his show on Tuesday. “He said, well, they put money into McDonald’s bags and gave them to the recruits when they came on campus. Some of the campus visits were not organized, were not above board, but they were handing out cash. You literally had bagmen. They put the cash in McDonald’s bags.”

Pruitt is no longer on Rocky Top, so there’s no harm, no foul in this case with the baseball team trolling the football program whatsoever. Even if Pruitt was the head coach, poking fun at a guy who led the Vols to a 3-7 season a year ago wouldn’t be too bad either.

The Volunteers ultimately decided to hire Josh Heupel from UCF as its next head football coach.