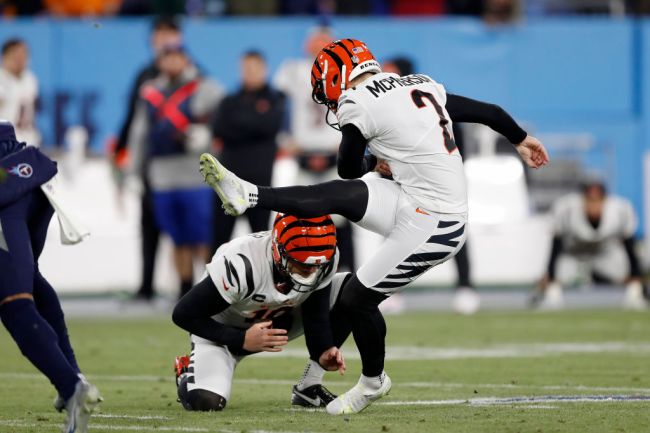 As this year’s NFL draft approached, there was a meme that became very popular among Cincinnati Bengals fans. The Bengals had the 5th pick in the draft and their fans were torn between two players. One was an offensive tackle, Penei Sewell. The other was the man they eventually drafted, Jamarr Chase.

The fans who wanted Sewell could sum up their stance in one meme. 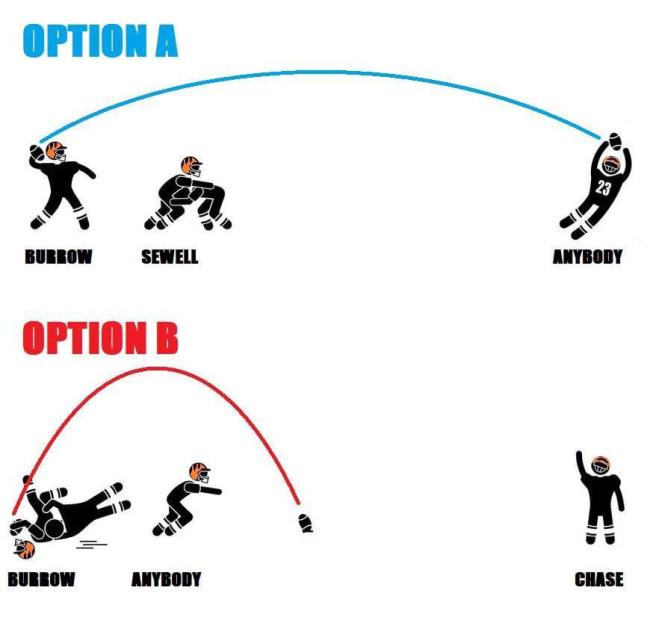 That meme was definitely appropriate tonight.

The Tennessee Titans seemingly spent all game in the Bengals’ backfield tonight. In fact, they tied the NFL record for sacks in a playoff game with 9. Unfortunately, it wasn’t enough. Yeah, they racked up a record-tying 9 sacks and still couldn’t get a win at home after having a bye last week.

The Titans’ pass rush was spectacular in this game. The offense was the farthest thing from it. Right off the bat, Ryan Tannehill put them in a hole. he threw an interception on the first play of the game, setting up a Bengals field goal.

Later in the game, after a 45 yard D’Onta Foreman run to get the Titans to the Bengals 9 yard line, Ryan Tannehill threw an incomprehensible interception on a screen pass. Mike Hilton easily jumped the route and tipped the ball into the air before he eventually intercepted it.

If Hilton hadn’t picked it, there was another defender in position to get the pick. the defense bailed him out and forced a punt. Then Tannehill started to put things together. They kicked a field goal on the next drive. Then the defense came up big again. This time with an interception.

Tannehill dropped a dime to AJ Brown, who made a great catch for a 33 yard touchdown and suddenly the game was tied. The Titans would waste two opportunities to win.

First, they drew up a pair of awful plays on 3rd and 4th and short from the Bengals’ 35 and turned it over on downs. The defense bailed them out with the record-tying sack and got them the ball back.

All the Titans had to do was not turn it over on the drive and they’d at least see overtime. On a 3rd and 5 from their own 40 with 22 seconds left, that’s exactly what they did. Tannehill threw into traffic, the ball got tipped into the air, and he was intercepted for the 3rd time.

One play later, the Bengals were in field goal position. They didn’t squander the opportunity.

To waste this historic effort from the defense is absolutely embarrassing for the Titans. They managed 16 points at home after having 2 weeks to prep for this game.

There are now a lot of questions that need answering in Tennessee and one of those just might be, can Ryan Tannehill ever take them to a Super Bowl?