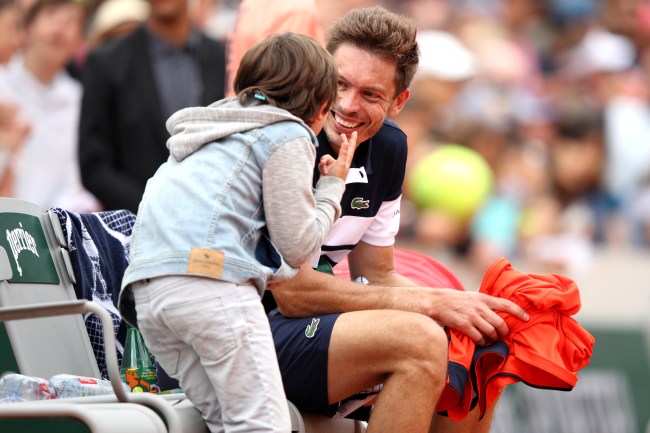 Who ever said ‘Kids are leeching, snot-filled scum who can’t be reasoned with?’ Oh was that me? Yikes.

Well, my friends. I have a new outlook on the youths, after this awesome display that unfolded at the French Open on Friday.

Then, in an act that will likely be played out in a black-and-white Nike commercial, Mahut’s seven-year-old son rushed the clay court to embrace his broken father.

You maybe already saw this.
Tennis player Mahut losing at Roland Garros in front of his family, breaks down in tears.
His kid runs on court to hug him.
His opponent Mayer getting emotional.

Father and son walk away hand in hand.

To add to the special scene, Leonardo Mayer joined the entire crowd at Roland Garros in applauding Mahut and his son as they walked off the court hand-in-hand. There are some reports claiming that Mayer was holding back tears, which I choose to believe.

Nike. Just do it.