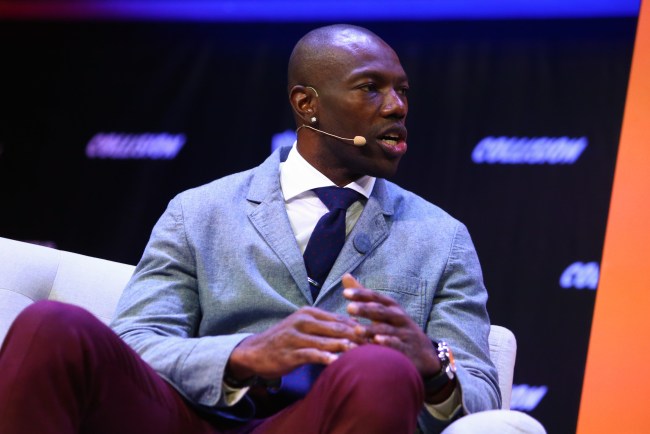 Terrell Owens is one of the best wide receivers in NFL history — ending his 15-year playing career with 15,934 receiving yards and 153 receiving touchdowns, which is good enough for third in both categories on the all-time list. Anyone who saw T.O. play knows he did so with passion and swagger, which, unfortunately, gave him a bad rap with some around the league and in the media.

Although Terrell Owens was finally inducted into the Hall of Fame in 2018 — which wasn’t even his first year of eligibility, strange for a man so dominant — it’s clear the public perception of Owens isn’t great, although some defend him as a good teammate. His confidence, which bordered on cockiness, was never well-received, as the guy reinvented touchdown celebration and self-promotion. And, because of that persona, he doesn’t seem to be getting the same kind of love as other all-time great players in the NFL.

Need further proof of that? Just look at the list of the NFL 100 All-Time Team, which excluded Owens from the roster even though his stats were just as impressive (if not more) than others at the receiver position. While there’s no denying guys like Marvin Harrison, Larry Fitzgerald and others are well-deserving of the honor, a strong case can be made for Terrell Owens — which is why the guy is more than pissed off that he didn’t get included.

Recently talking on his new podcast, “Getch’a Popcorn Ready with T.O. & Hatch,” Owens had this to say about not getting more consideration from the league when it came to the NFL 100 All-Time roster.

“Oh absolutely,” Owens said, as he promoted his new HiStudios Original podcast with former NFL receiver Matthew Hatchette, “Getch’a Popcorn Ready with T.O. & Hatch.” “I’m not on it, but I know I’m one of the top 100 athletes to play the game.

“You make a list like that, your first three receivers have to be Jerry Rice, myself and Randy Moss,” Owens said. “You can add whoever else after that.”

“No disrespect to anyone on the list, but Don Huston, Elroy ‘Jetson’ Hirsch … I don’t even know these guys,” Owens said.

Owens also brought up Steve Largent, the Seattle Seahawks great who was one of the 10 receivers on the team. He credited Largent for being a “pioneer,” but questioned how Largent made the team and he didn’t.

“Look at his highlights and my highlights. It’s a no brainer,” Owens said. “It’s no disrespect to anyone else, but if you do that list, it has to start with me, Jerry Rice and Randy Moss.

“It just lends to the lack of credibility of these guys who are in charge of the history of the game. It doesn’t make any sense.”

Go ahead and say what you want to about Terrell Owens and his off-the-field behavior or on-field antics, but, regardless of how flashy or self-promotional he appeared to be, he always balled out better than others, so he has a right to be upset that the NFL continues to refuse to recognizes him as one of its all-time great wide receivers. The one thing we know about T.O.? When he feels snubbed, he’ll let us know about it.