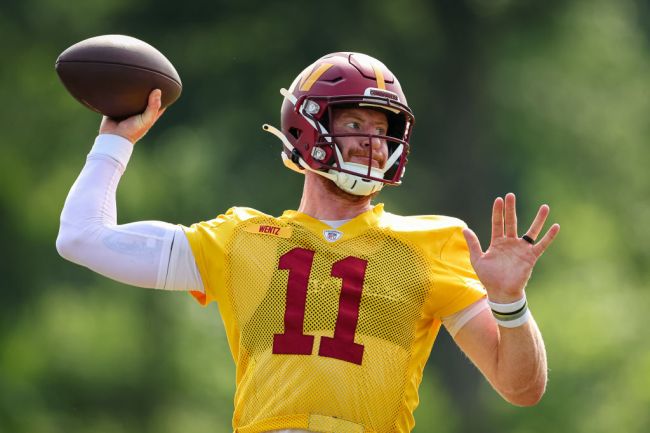 Football fans have known for a little while now that Terry McLaurin would be catching passes for the Washington Commanders for a long time.

News broke last week that he would be signing a huge 3-year extension with the Commanders, but he didn’t officially sign the contract until yesterday. This morning, McLaurin talked to the media following the signing of his contract extension.

“And his toughness in the pocket, I don’t think a lot of people give him enough credit — he stands back there until the last moment, which really helps receivers get that extra separation or that time to finish their routes off. A guy who’s back there and confident, as a receiver, and as a receiver group, I think we’re going to try to have a collective group by committee and help him out to be the best that he can.”

The Commanders will likely be hoping that Wentz’s toughness in the pocket won’t be something he has to put on display too frequently next season as it has led to some injury issues throughout his NFL career.

Luckily, the Commanders should have an improved offensive line in 2022 thanks to Chase Roullier’s return from injury and the addition of Trai Turner.

If the Commanders can keep Wentz protected, Terry McLaurin will have a good chance to put up the best receiving numbers of his career after years of carrying quarterbacks.