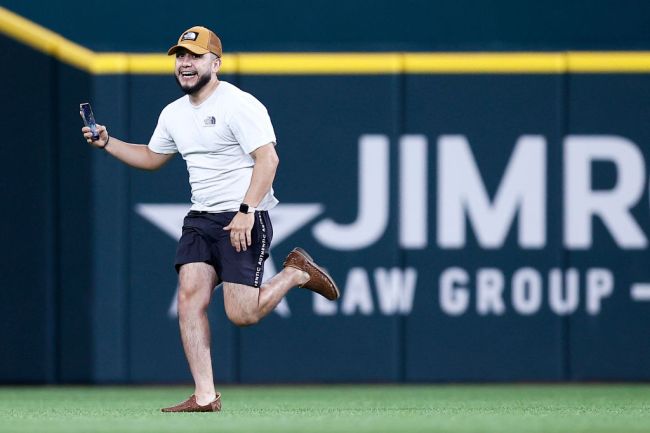 Tuesday’s game between the Tigers and Rangers was put on pause during the eight inning as a fan ran onto the field. The streaker made one security guard miss but was eventually taken into custody after running into the dugout.

Admittedly, the definition of a “streaker” has evolved over the years. It no longer stands for a true nudist running on to the field at a sporting event and that’s okay. “Rogue fan” just doesn’t have the same ring to it.

The streaker, Kaleb, made quite the dash. Once he juked the security guard at the pitcher’s mound, he was home free. He just had nowhere to go.

Here is how it ended:

Kaleb was held at the stadium until police arrived and spent the night in jail. After his release, the Southern Methodist student posted an epic POV video from his phone.

He was having the time of his life, and it made for tremendous content. But it also made for an expensive trip to the ballpark.

Kaleb had to pay bail and will have to appear in court. He started a GoFundMe to help pay his court fees. If you’re going to donate to a GoFundMe, might I suggest this one instead.

In addition to positing his video, the streaker made a profound claim. He said that he was tortured by security before he went to jail.

His laughing face usage would suggest that he isn’t super sincere about his treatment. Nonetheless, that’s quite a big statement to make.

The funniest part of the whole thing might be the Rangers players telling him where to go. 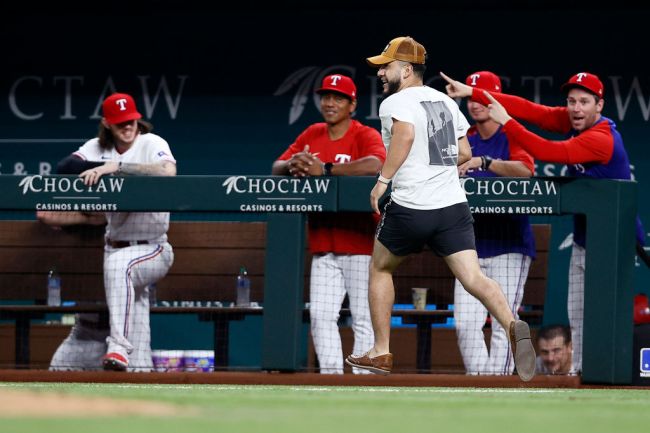 Hopefully his 15 minutes of fame are worth it!