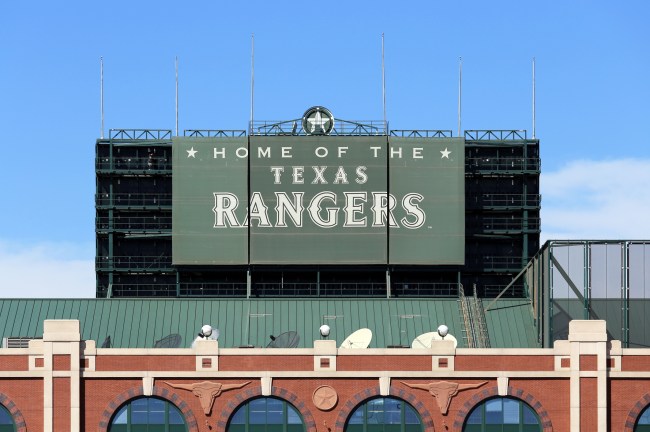 The Texas Rangers will move from Globe Life Park to Globe Life Field next season. A few of the current players took to the new field yesterday for some unique batting practice. I say that because it’s not often you witness batting practice on a full-blown construction site. The field’s still under construction but they were donging dingers. 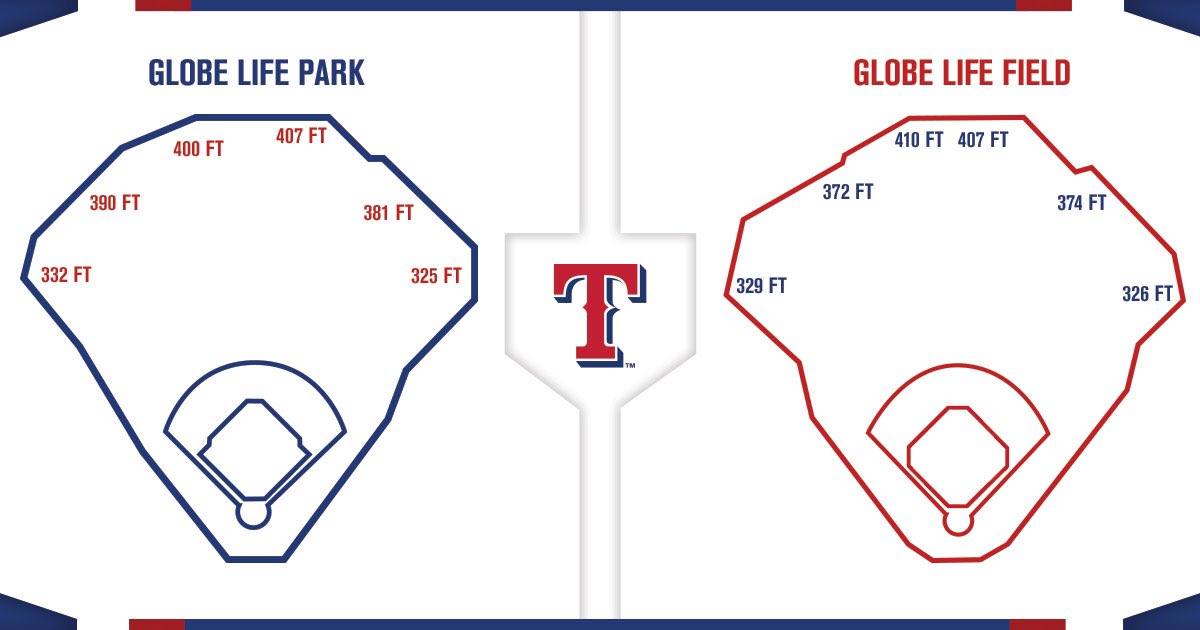 Tales of the tape. pic.twitter.com/rHAFmYzbhX

The reason for the change is actually pretty awesome. They’ve aligned the new dimensions as a tribute to legends from the Texas Rangers organization. Here’s a picture of the changes with the corresponding tribute to each player:

Heroes get remembered, but legends never die at @GlobeLifeField. pic.twitter.com/jZP9fP27E0

Here’s the explanation from the Star-Telegram on each tribute:

The Rangers honored the franchise’s best players with the distances. The 410-foot sign is an ode to Michael Young and Jim Sundberg, who wore No. 10. The next deepest part of the park is 407 feet in center field, for No. 7 Ivan Rodriguez.

Adrian Beltre’s No. 29 is honored in the left-field corner (329 feet) and former manager Johnny Oates’ No. 26 accounts for the right-field corners (326). There will also be a marker in left field at 334 feet to honor Nolan Ryan.

The dimensions aren’t much different than they were at Globe Life Park, with the biggest difference in the left-field power alley. It was 390 feet across the street. Now, it’s 374 feet.

The new stadium is 87% complete according to report and it will open for an exhibition game against the St. Louis Cardinals on March 23. A few players got to take BP yesterday and get a look at the progress from the field.

Something special is on-deck at Globe Life Field. 🏗⚾️ pic.twitter.com/9t9UuXcMeH

Batting practice on a construction site… that’s a first for me! Can’t wait until we get to do this for real in 2020!🙌🏼 pic.twitter.com/PZJkyoeIUx

Am I crazy? Isn’t this an OSHA violation? Can you be on an active construction site without wearing a hardhat or any protection at all? Someone should really report these violations and send all of the Rangers’ best players over to Tampa Bay in the meantime just for safe measure.

The Texas Rangers finished their 2019 season 78-84 and 29 games back in the division which included Houston and Oakland. It remains to be seen if the new stadium will see that infusion of $$$$$ the team could use to buy some more players or if playing in the new stadium will boost their play next season.