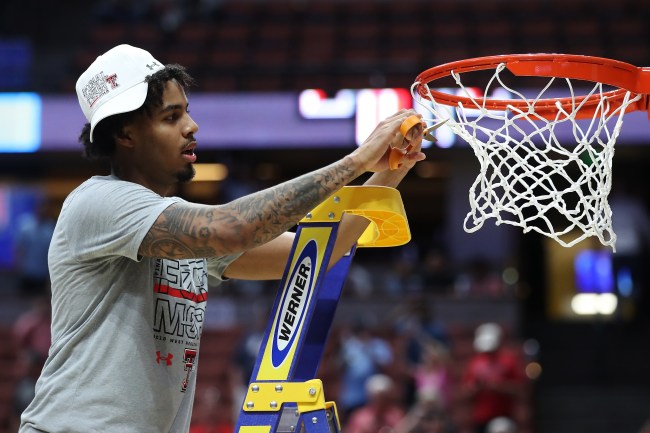 Texas Tech basketball clinched its first ever berth to the Final Four with an upset win over the No. 1-seeded Gonzaga Bulldogs in this year’s NCAA Tournament. And while many people may have looked at the Red Raiders as darkhorses to get to Minneapolis at the beginning of March Madness — especially considering the regular season Big 12 champs were beat in the conference tournament by a crappy West Virginia team — some fans kept the faith.

One of those, presumably, Texas Tech basketball supporters may see his/her loyalty pay off in a gigantic way come this weekend, because, according to CBS Sports, via ESPN, one person could end up walking away with $300,000 because of a bet he/she placed when the Red Raiders were sitting at 200-to-1 odds to win the national championship. After placing a gutsy $1,500 bet on Tech to win it all when the odds weren’t so high, the faith in Texas Tech could serve this person well.

Of course, that doesn’t mean that the gamble will actually pay off, as the Texas Tech basketball team still has to upset No. 2-seeded Michigan State in the Final Four, then would have to go on to beat another No. 1-seed (Virginia) or a scorching hot Auburn Tigers team (No. 5-seed). Plus, Tech is currently a 2.5-point underdog right now against the Spartans, per SportsLine, so winning this could be a long shot — but so was making the be in the first place. Still, the fact that a 200-to-1 bet is still even in play is impressive as all hell, and, for some reason, I’m cheering for this person to walk away a winner come Monday night.

He/She wouldn’t be the only one who has bet big on March Madness this year. Obviously, while you and I haven’t probably won much in our terrible sports gambling habits, I wrote earlier today about a guy named Kevin Masseli, who turned a 14-cent bet during the first weekend of this year’s NCAA Tournament into a wild $1,300, getting lucky on a 10,000-to-1 odds parlay to walk away with the cash.

Somewhere, someone’s sitting and hoping that Texas Tech basketball can come through and do something similar, because winning that much cash would be so awesome.