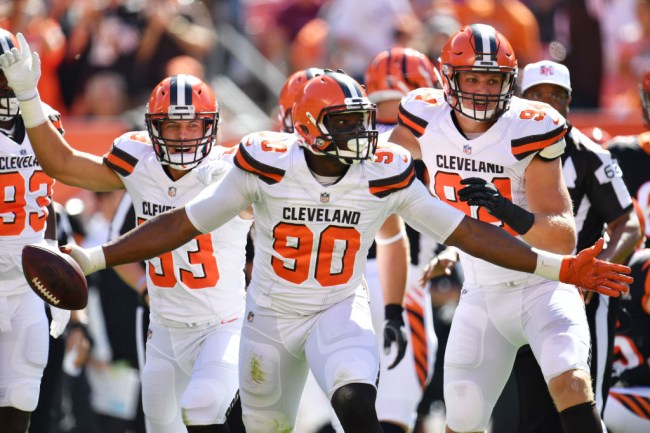 The Cleveland Browns changed their uniform design for the start of the 2015 season and now less than three years later the team is reportedly ready to start from scratch.

According to report from the Akron Beacon Journal, co-owner Dee Haslam said at the league meetings that the team has begun to discuss uniform changes with the NFL for the 2020 season.

The Browns started talking to the NFL about changing their uniforms for the 2020 season after their makeover in 2015 proved to be a disappointment.

“We’ve had some mechanical difficulties with our uniforms, which has been very frustrating for the equipment guys, so I can definitely see that from a mechanical standpoint, we have to fix that,” Dee Haslam said. “From a design element, that’s really up in the air.

“They’ve not been very popular with our fans, and obviously we serve at the pleasure of our fans. … We definitely are going to look at it, and I think we were pretty new when that started the last time. We really didn’t understand the process. I think we’re much better equipped at it now to make better decisions.”

Unfortunately the Browns have to wait until 2020 due to NFL rules that prohibits changes within five years of a previous redesign. Maybe the Browns are good again when the next redesign takes effect.