I interrupt the Ohio State game to post a picture of a hungover Gronk visiting the Horseshoe in 2006 (ft. Yung @JeffSvoboda on the right) pic.twitter.com/DXG44gAXOg

What you are seeing above us the exact moment Rob Gronkowski decided to go to Arizona to attend college. He is standing on the sidelines for arguably college football’s most storied rivalry, Ohio State vs. Michigan, and he looks like he’s being held hostage. If Jim Tressel and Ohio State wanted to secure the future greatest tight end of all-time, they would have hooked the dude up to an IV, brought him an endless supply of fried food, and threw the game on in a dorm room with OSU’s finest sorority girls. Standing on the sideline at the Horseshoe for the season’s most electric game is only worth it if your brain doesn’t feel like it’s going to pulsate out of your head. Can you imagine how enhanced poor Gronky’s hangover was when the OSU crowd started chanting. I wouldn’t wish that on my worst enemy. Someone get teenage Gronk a goddamn La-Z-Boy or something.

This is the face of a broken man. 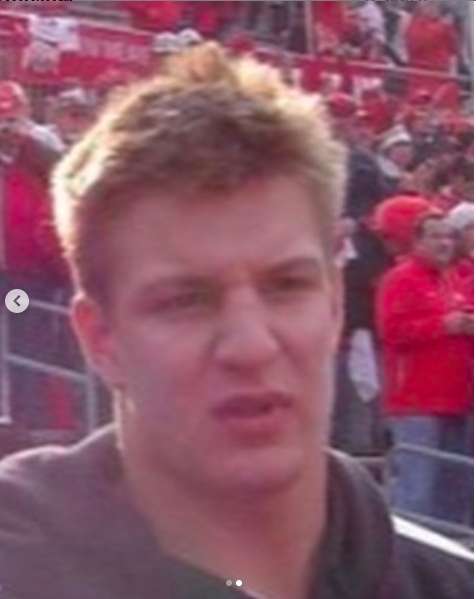 Going to go out a limb here and say Gronk made the right decision.

#ThrowbackThursday I know @GordieGronk will like this 1! @Chrisgronkowski & I chilling freshman year in college! hehe pic.twitter.com/Chlx6Vat

If the Patriots win this game, look out girls of Arizona State! Big Gronk is heading your way! pic.twitter.com/FANrtogHJT

Pshhhhhhh #Twitter world!!!! Who was more jacked in college? Me or @RobGronkowski Pictures don't lie! pic.twitter.com/yZCx0EgG