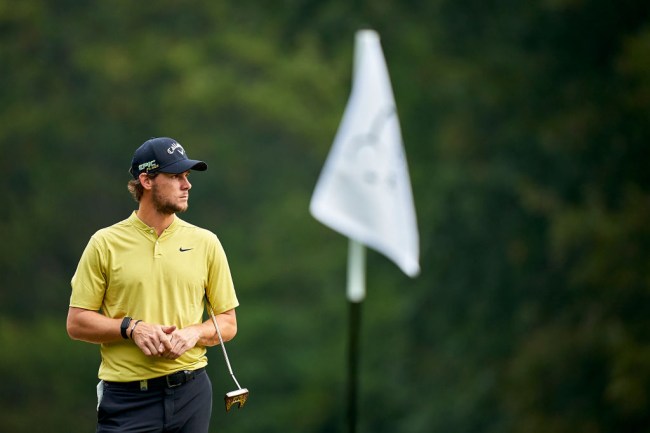 Slow-play is an issue in golf and has been a major talking point this year. We’ve had Brooks Koepka calling out players, Bryson DeChambeau denying the fact he is indeed a slow player and the European Tour even introducing a new plan to combat the issue.

Well on Sunday, Thomas Pieters set out to send a bit of a message to the slow-play movement.

Granted he was first off as a single in the final round of the Italian Open making it a lot easier to get around the course in a timely fashion, he played his final 18 holes in one hour and 59 minutes. He didn’t have much to play for as he entered the day in last place, and even-par 71 in under two hours is still a pretty impressive feat.

After his round, he poked a little fun at the slow-play dram tweeting out ‘make golf great again’ showing off some of his health stats during the round as well. He ended up burning over 1,300 calories.

I for one applaud the Belgian’s effort.

Why not have a little fun out there in your final round when it’s just you and your caddie? Pieters was beyond out of contention, and sure, he could’ve increased his paycheck by firing a super low number on Sunday, but instead went out and did his thing in under two hours.

Pieters finished 68th on Sunday taking home €12,714.56. Bernd Wiesberger went on to win on Sunday besting Matthew Fitzpatrick by a shot after a final-round 65.