Thunder Guard George Hill Blasts NBA’s New COVID-19 Rules: ‘It Makes No Sense, I’m Gonna Do What I Want To Do” 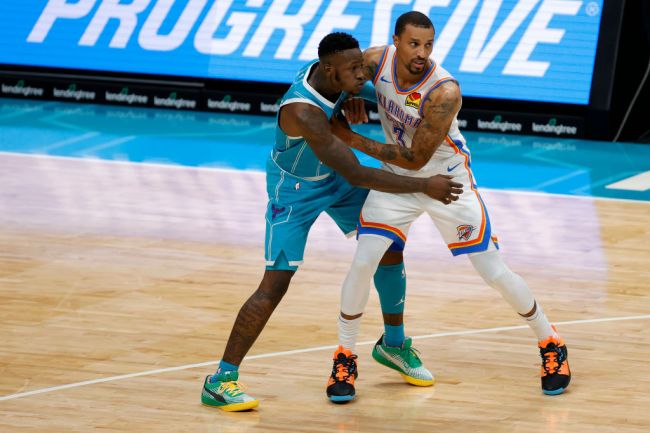 The NBA implemented new COVID-19 rules earlier this week in an attempt to stop the spread of the virus as more positive tests continue to pop up and games around the league are beginning to be postponed.

The new rules will be enforced over the next two weeks, at least, and they are essentially forcing players to live in an in-market bubble. Two of the most impactful new rules include players having to stay inside their hotels while on the road unless for a team activity or emergency, and while at home, players must remain in their residence at all times except for outside exercise, essential activities, and extraordinary circumstances.

We wanna play the game…but I don’t understand some of the rules. We can sweat 48 minutes with a guy next to us for 48 minutes, but we can’t talk to them afterwards. It makes no sense…I’m a grown man,” Hill explained, according to ESPN.

I’m gonna do what I want to do. If I want to go see my family, I’m going to go see my family. They can’t tell me I have to stay in a room 24/7. If it’s that serious, then maybe we shouldn’t be playing. But it’s life; no one’s going to be able to just cancel their whole life for this game.”

Hill is 100% correct in saying that it makes no sense that players from both teams can’t talk to each other after the game. These guys are battling, sweating, and breathing all over one another for a couple of hours during the game, but shaking hands or swapping jerseys after the final whistle is a no-no? That doesn’t make sense.

While Hill may be right on that front, staying inside as much as possible during the season does make sense. ‘Limiting your exposure to the outside world’ sounds like a bad tagline from a sci-fi movie, but those are the times we’re living in. While it’s not ideal, it’s the least Hill, who carries a salary of over $9 million, can do.