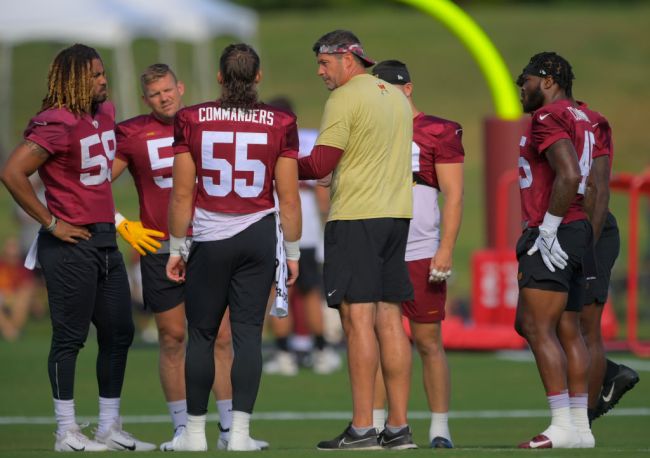 The Washington Commanders begin their preseason this Saturday with a home matchup agains the Carolina Panthers. That game will be the first chance Commanders fans get to see their offense led by Carson Wentz after a disappointing 2021 season.

However, it seems that Commanders fans aren’t all that enthusiastic about the idea of showing up to FedEx Field to support their team this weekend.

With just a couple of days until the game, tickets on the secondary market have reportedly gotten as cheap as $1 for the team’s preseason opener.

GameTime, a secondary ticket platform, reports tickets for Saturday's preseason game between the Panthers and Commanders at FedEx Field are as cheap as $1.

Even for a preseason game, that is hilariously cheap, especially when you consider that the people selling them likely only had them in the first place because they had to buy them at full price as part of their season ticket package.

Unlike in recent seasons, Commanders fans actually have reasons to feel hopeful about their team in 2022.

While Carson Wentz hasn’t quite lived up to the expectations that come with being the 2nd overall pick, he is definitely an upgrade over the quarterbacks the Commanders have started over the past few seasons.

The Commanders also went out and drafted Jahan Dotson this year and should have a healthy Curtis Samuel returning at receiver, so Wentz will have a better receiving corps than Taylor Heinicke was working with last season.

They’ll also have their talented, young pass rush back this season whenever Chase Young is ready to return.

While I can understand not wanting to go to FedEx Field given the stadium’s history of injuries and raining feces, it’s still surprising that Washington Commanders fans aren’t interested in the first look at what they can expect for the 2022 season.