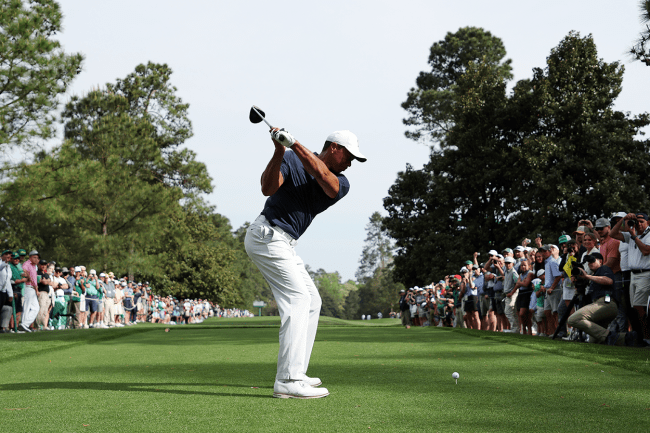 With four days until the first round of The Masters golf tournament, Tiger Woods is doing everything he can to compete. The greatest golfer of all-time is a “game-time decision” on whether he will participate in this weekend’s tournament, but all signs are positive.

It seems like Woods is going to do everything in his power to compete.

The first part of the preparation process began last week. Woods arrived at Augusta National and played a practice round with his son Charlie.

From there, the updates have been nothing but good. There is still time for Woods to withdrawal, but things are looking good.

On Sunday, Woods played a practice round in a new pair of shoes and was reportedly dialed-in.

And then, on Monday, Tiger Woods took to the course at Augusta National in 2022 for the first time in front of fans.

Phones are not allowed at Augusta National, so the crowd was fairly sparse as Woods warmed up on the range. As word began to spread, the fans on the grounds started to gather around Woods.

By the time that he took to the first tee for a practice round with Justin Thomas, the crowd looked as if Woods was in the lead on Sunday.

It was absolutely incredible.

As Woods and Thomas made their way around the course, the crowd only continued to grow.

Perhaps the crowd pumped his adrenaline and helped him through the round, but despite the noticeable limp, Woods looked ready to go. The fans followed him everywhere.

If Woods is able to compete this weekend and choose to step up to the first tee on Thursday, just imagine what that will look like. Golf is better when Tiger is in it.