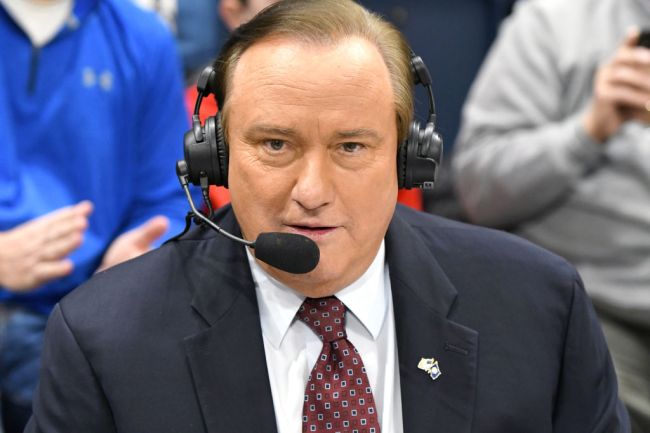 Many college football fans thought that December 2, 2017 was the day that began the return to glory for Nebraska football. This was the day that Scott Frost was named the newest head football coach of the Cornhuskers, and nobody on the planet was more confident of the hiring than broadcaster Tim Brando.

Brando certainly wasn’t the only one that thought Frost would quickly turn things around in Lincoln. After all, Nebraska was coming off of a 4-8 season under Mike Reilly in 2017, so it felt like there was nowhere to go but up for the Cornhuskers. That’s how a level-headed, optimistic Cornhusker fan looked at the Frost hiring, but Brando took things to an entirely different stratosphere with his prediction for Frost and the Nebraska program.

Brando, in a tweet that’s recently re-surfaced given how big a laughing stock Nebraska football is at the moment, told Paul Finebaum that Frost would win multiple national titles at Nebraska and even touted him as “the next generation’s Nick Saban.”

Talk about a freezing cold take.

"Scott Frost is built for success and I'm going to tell you he will win multiple national titles at Nebraska, he will be competing for a Big Ten title within 3 years and he could be the next generations Nick Saban" – @TimBrando pic.twitter.com/VnBtcZcljr

Scott Frost Has Been Abysmal At Nebraska

Since taking over at Nebraska, Frost has posted a record of 12-21 with his best season coming in 2019 when the Cornhuskers went 5-7. This is a Nebraska team that hasn’t finished better than fifth in the Big Ten West since Frost arrived on the scene and all signs point to them keeping that streak alive after an opening week loss to Illinois.

Frost’s seat is the hottest in college football at the moment and at this point, it feels like it’s not a matter of if, but when Nebraska fires him.

The Cornhuskers will beat Fordham this weekend in their home opener, but the next week’s game with Buffalo coming to town is honestly a toss-up at this point. A loss to Buffalo would give Nebraska more than enough to can him, but maybe the firing comes after a beatdown courtesy of Oklahoma on Sept. 18.