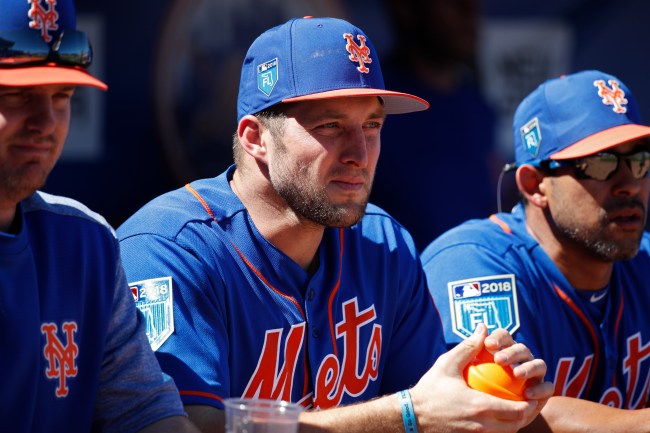 Tebow made his Double-A debut on Thursdaywith the New York Mets’ Double-A affiliate Binghamton Rumble Ponies after moving up a level in his minor-league baseball career, and on the very first pitch, sent a bottle rocket over the right-center field fence.