Tim Tebow Has Apparently Been Lifting Everything In Sight, Looks Jacked At Jaguars Practice 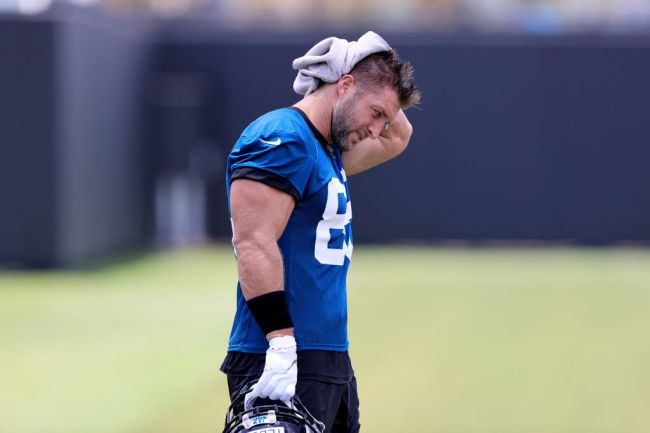 Tim Tebow has never been a small dude, and given the fact he was grinding away in minor league baseball and co-hosting shows on the SEC Network prior to his NFL comeback with the Jags, he didn’t really have an opportunity to let himself go.

That being said, these pictures of him during Jaguars practice make it look like the man has been lifting all the things during his time away from the gridiron.

Tebow certainly looks like he’s in solid shape. Having biceps the size of tree trunks can only take you so far in the NFL, though, his footwork, speed, and hands are going to need to be in good shape too for him to officially make Jacksonville’s roster as a tight end.

Quarterback Trevor Lawrence recently spoke about meeting Tebow for the first time and said that he was in “great shape.” Lawrence wasn’t wrong.

This year’s first-overall pick recently spoke about the Tebow signing, and he sounds excited to start working with him on the field.

“He looks great,” Lawrence said. “He’s just a guy that you want to be around. Character is awesome. Had a few conversations with him and I can already tell, and [he’s] just a hard worker. No one is going to work harder than him. Those are the kind of guys you want in your locker room and you want to be around every day.”

Lawrence may have to share the load with Tebow under center, however, as a new report suggests Jacksonville could look to use him in a similar role as the Saints do with Taysom Hill.