Tim Tebow Could Reportedly Be Used Like Saints Use Taysom Hill, Which Could Actually Be A Problem 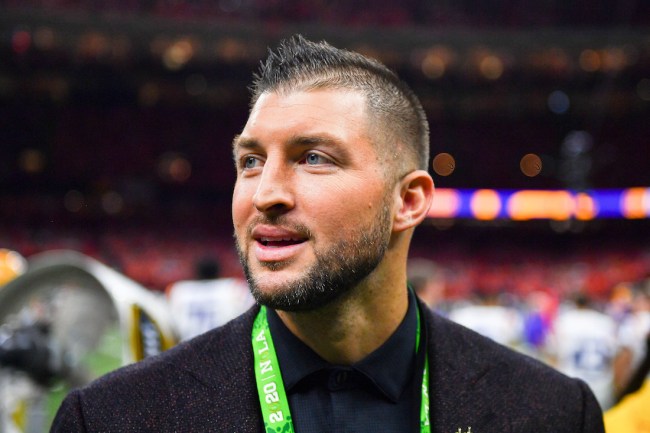 After the Jacksonville Jaguars signed Tim Tebow this offseason, many (including me) have questioned the decision. Not only is the guy a former college quarterback who once flopped in the NFL previously, but he’s trying to make the switch to a completely new position; tight end.

But could the Jags and head coach Urban Meyer sneakily be plotting to use Tebow in an untraditional role and not just line him up at tight end? According to ESPN’s Diana Russini, there’s lots of speculation around the league that that’s exactly what opposing teams are expecting.

Appearing on Thursday’s Get Up, Russini broke down what she’s hearing from sources about the Jags’ plans for Tim Tebow, and how Jacksonville could utilize his athleticism like the Saints do with Taysom Hill — lining him up at a variety of positions and used as a hybrid offensive weapon. Take a look below at the report.

“They think that Urban Meyer purposely brought Tebow in, 1.) to set the culture, the competitiveness—we know he’s a new NFL head coach here—trying to set the tone for the culture,” Russini said.

“But the bigger story, I think, that is the most interesting part of this, is that there are those in the league that Urban Meyer brought Tebow in to play quarterback, that Taysom Hill role, using him in that Wildcat that we’ve seen Urban Meyer use in the past. Take a look at all those different offenses, it actually makes a lot of sense. So he may be on the roster as a tight end, but there may be more to this Tebow experiment than him just playing that position.”

“In terms of comparing the two, we always talk about on this show how much Sean Payton loves Taysom Hill,” she continued, via 247 Sports. “It’s been very obvious over the years. That same kind of love is what Tim Tebow and Urban Meyer have between each other. It could be a very similar situation, but in terms of football, this is something we could be seeing.”

.@diannaESPN says a lot of people around the league aren't buying that Tim Tebow will be used as a TE.

"There are those in the league who think Urban Meyer is bringing Tebow in to play QB at that Taysom Hill role. Using him in that wildcat as we've seen him use in the past." pic.twitter.com/XC7HfFwksz

Now this changes the game when it comes to Tim Tebow not only making the Jaguars, but actually being successful with them during the 2021 NFL season. Not only does it remove the challenge the former college star would have in bulking up and switching to a full-time tight end spot, but it utilizes the one thing Tebow seems perfect for: Versatility.

Similar to how the Saints use Taysom Hill, imagine seeing the Jags lining up Tebow under center during goal-line situations where he could be a threat to pass it, run it, or even audible to go outside as a receiver as a running back moves in at quarterback in a Wildcat formation.

Or Jacksonville could simply use Tebow as a decoy in a handful of sets, just keeping opposing defenses on their toes since he does have the athleticism to do a number of different things on the football field. It really could be the best way for the Jaguars to squeeze the most juice out of that Tebow lemon.

The NFL is sort of transitioning into a position-less league like the NBA has become. Gone are the days of only traditional, dropback passers or wide receivers and running backs built like trucks. In are speedy and/or versatile players who can line up at different positions to throw-off defenses — even just as decoys. So if Tim Tebow’s to be successful in his second attempt at the NFL, this might be the way to do it.