4 Tips To Help You Get Ripped By Spring Break 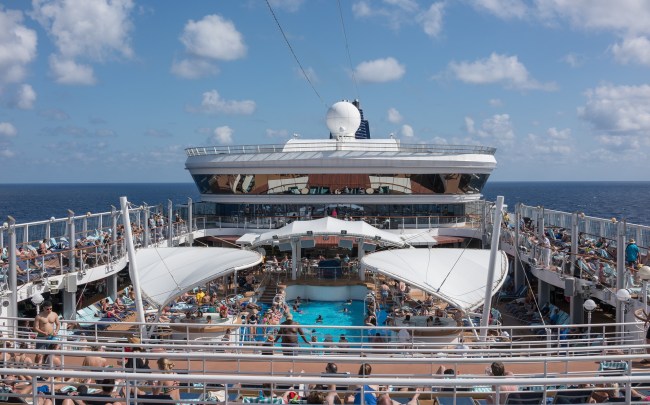 You’ve paid the deposit on your beach house, you’ve been stockpiling drink for weeks, and you can almost smell the sea and taste the San Gria. You’re ready and rearing to hit the beach, but one obstacle remains in your way – your body. Bloated and swollen from your winter bulk, or maybe just weak, pale and slightly chubby from months of inactivity, it doesn’t matter – there’s no way that you’re hitting the beach like this. Thankfully, you have time on your side, so long as you start now – and with a bit of discipline and focus, you’ll be grating limes on your abs comes March. It’s time to get ripped by Spring Break!

First things first, it’s time to sort out your diet. Christmas may be the time of goodwill and festive cheer, but it’s also the time of hot buttered rum and sweet-potato-apple-pecan-pumpkin-mince pies. Thankfully, it’s pretty easy to ditch these festive delights when New Year rolls around, but you’re still going to have to make some serious dietary changes to get ripped for Spring Break. To make it as easy as possible, there are a few dieting tricks you can follow:

Reducing Carbs and Increasing Protein – Reducing carb intake is a really common and effective approach to dieting, and one that can be made more effective by increasing your protein intake. Protein is less calorific than carbohydrates, and also more filling. By replacing a meal with a protein shake each day, you’ll not only help build muscle (see Step 4 below), but you’ll also feel fuller and more satisfied than on a regular diet. Win/win!

Intermittent Fasting – or in simpler terms, not having breakfast. Whilst this may sound like a really bad idea, by cutting out breakfast every day, you can actually reduce how hungry you feel. Hunger is caused by the release of a hormone called ghrelin, and intermittent fasting trains your body to stop releasing ghrelin in the mornings. Many people even report that they find it easier to train on an empty stomach, so it’s worth giving it a go for a few weeks in the buildup to Spring Break.

Unless you’re into the Twilight-look, getting a decent base-tan is crucial to looking ripped at Spring Break. This goes for girls and guys. Truth be told, you could be rocking a sub-10% level of body fat, but without some color on your skin, no-one will ever notice. Because nobody digs the skin-cancer vibe, it’s best to hit the store and find yourself a decent fake tanning product, and apply it gradually in the weeks leading up to spring break.

You’ll notice more definition almost immediately, which is an excellent motivation for hitting the gym and pushing your dieting even further. And if you are into Twilight, save your money on fake tan, and buy a few tubs of sparkly silver body glitter instead.

Let’s face it – we don’t just want to be ripped for spring break; the guys want to be ripped and huge, and the girls want to be show off some seriously shapely curves. The only place those aesthetic figures are gonna be built is in the gym, and you’ll need to focus your efforts on the most crucial of exercises – the beach weights.

For guys, the approach is pretty standard – you need to hit the upper body hard, up to three times a week. Build a routine around the compound lifts – the bench press, the military press and the bent-over row. The bigger the caps on your delts, and the wider your lats, the more you’ll be able to cast that heroic V-shaped shadow on the beach.  Sticking to working sets of 8 reps will allow you to gain both strength and size.

Avoid hitting 1 rep maxes, especially if you’re dieting – as you’re liable to completely screw up your progress, or even end up enjoying Spring Break with a cast on your arm. Stick some standard tricep and bicep work in, and you’ll end up with a perfect beach physique in no time. And as for your legs… you were gonna wear board shorts anyway, right? Yeah, I thought so.

For girls, the approach couldn’t be more different. Building curves in all the right places requires some serious lower-body work. Squatting several times a week is perfect for building up strength and definition in your glutes and legs, and throwing in some upper body work will help you to build up some seriously sexy toned muscles in your arms. The bench press is also perfect for helping you to fill out your new bikini top, so don’t shy away from going heavy!

I’m sorry guys and girls, but cardio had to make an appearance somewhere. Thankfully, there’ll be no grueling marathons in the build up to Spring Break (because it’s too damn cold to run outside), so we’re going to use High Intensity Interval Training instead. Traditional HIIT involves a mixture of sprinting, jogging and walking, and allows you to burn calories and build fitness quickly. Start out by sprinting for 20 seconds, and then jogging for a few minutes until you can sprint again.

Keep repeating this, with the occasional minute or two of walking to get your breathe back. HIIT should take no more than 20 minutes each day – and you can handle 20 minutes a day for that dream Spring Break body, right? To make it even more effective, try HIIT in combination with Intermittent Fasting to really burn through that fat!