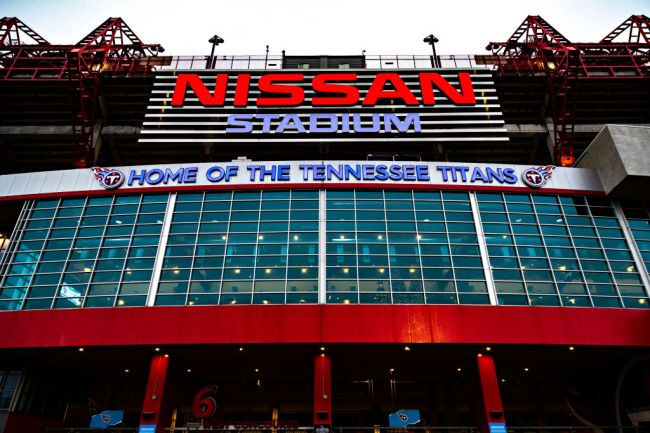 Monday night’s football game between the Titans and Bills was arguably the best game of the year so far. It was also among the best MNF games in history, tying the record for most lead changes with seven.

Those in attendance at Nissan Stadium were treated to a back-and-forth battle that came down to a 4th-and-1 with 22 seconds remaining. Buffalo head coach Sean McDermott elected to go for the win instead of kicking a field goal to send the game to overtime, but Mike Vrabel’s defense held and Tennesssee won by three.

It was exhilarating and the crowd was LOUD all night. And it wasn’t just home fans.

As is per usual, Bills Mafia traveled in large numbers. I live in Nashville, and you can take it from me— they were everywhere all weekend.

It wasn’t just the touristy spots either, although Broadway was primarily filled with Northern New Yorkers. Bills fans took over every single spot in the city, regardless of whether it was on Thrillist or atop the list on TripAdvisor. No matter where you turned, from Friday night to Tuesday morning, you could spot at least one table-smashing enthusiast.

With that being said, the home crowd also showed up and showed out. It made for a raucous environment for an incredibly exciting game.

The Titans announced the official attendance for Monday night and it set a record for the largest crowd at Nissan Stadium. The previous high was set on Nov. 11, 2018 when New England came to town.

69,419 is the announced attendance for tonight's game. #Titans

As a result of the nearly incredible attendance number, many people had their doubts. Others had jokes.

Here are some of the best conspiracies and reactions:

Yet that would've given them a massive hit on social media. So clearly it WASN'T that number and they left it alone. Ah, but that's just what they want you to think – that someone's not pulling the levers and calling the shots. So of course it WOULD be and they switched. But then

this is why you show up to the polls people, never know when you can make the difference

This was my personal favorite:

Surely someone is pregnant