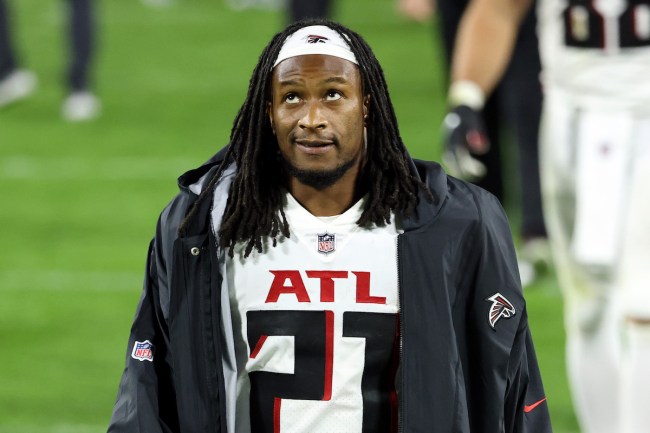 Like everyone who watched the Monday Night Football contest between the Browns and Ravens during Week 14, Todd Gurley noticed Baltimore quarterback Lamar Jackson forced to leave because of what was reported as cramps. Now, whether that’s the case or not, it’s quite the boring excuse, so the people want to hear something a little more… fun.

Leave it to social media to spice things up a little bit, as NFL fans pretty much declared that Jackson was running to the locker room to take a crap, and not because he was cramping up. Just look at some of the A+ content that floated around during the MNF game.

Me after a Taco Bell visit pic.twitter.com/l91ZdRIxni

After the game, Jackson even replied to some of the allegations of pooping, with the Ravens star even poking fun at the conspiracy by calling out Paul Pierce, who, you know, once actually did crap his pants during an NBA Finals game.

#Ravens QB Lamar Jackson: “I didn't pull a Paul Pierce. I was cramping."

Fast-forward to the middle of this week, and the conspiracy about whether or not Jackson was or wasn’t pooping is still very much alive and well. Just ask that guy Todd Gurley, who clowned Jackson on Twitter by first admitting an unfortunate bathroom incident of his own — which involved dropping his phone in the toilet while pooping — and then hollering at Lamar to see if he had any pointers.

Dropped my phone in the toilet while taking a #2 smh. Shxt happens literally😂🤷🏾‍♂️

I just sprayed my phone with Mrs. Meyer’s cleaner and called it a day lol

Sure, Gurley’s jokes are all in good fun and all, but, c’mon, when will Lamar Jackson just come out and admit that he rushed to the Ravens locker room because nature was calling? Like Pierce, who admitted it years later, it’s bound to happen at some point, right? We can all hope so, because it’s a more entertaining story than hearing he was just cramping up — and reminds us that pro athletes poo just like the rest of us… even if it’s in the middle of a primetime game.