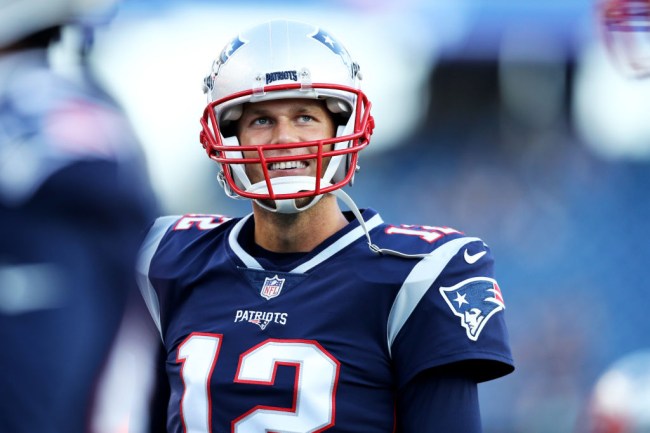 You have to imagine the Oakland Raiders had some idea of what they were getting themselves into when they decided to trade for Antonio Brown after the disgruntled diva forced his way out of Pittsburgh but to say they got a bit more than they bargained for would be the ultimate understatement.

Last month, the wide receiver kicked off one of the more bizarre sagas in recent memory when he announced his intention to retire if he wasn’t allowed to wear his helmet of choice.

Brown would eventually back down from his threat, but just when it appeared the dust had settled, he decided to kick up a new cloud of dirt when he got into with GM Mike Mayock, who fined him $53,000 for his troubles.

Things quickly spiraled out of control from there, and when everything was said and done, Brown briefly found himself without a home before being picked up by the Patriots to seemingly bring the roller coaster ride to an end.

It’s safe to say New England was thrilled to add yet another weapon to their roster and no one seemed happier than Tom Brady, who reportedly went as far as to invite Brown to stay with him and Gisele at their $39.5 million home outside of Boston while he looks for a place to settle down.

It's a big thumbs from @TomBrady on the Antonio Brown deal.

The quarterback previously invited cameras into his home when he filmed Tom vs. Time back in 2018 and words can not describe how much I would love for him to pick up where he left off.

This season of Hard Knocks might have been underwhelming but there’s no way a reality series documenting Brown bunking up with Brady would disappoint.