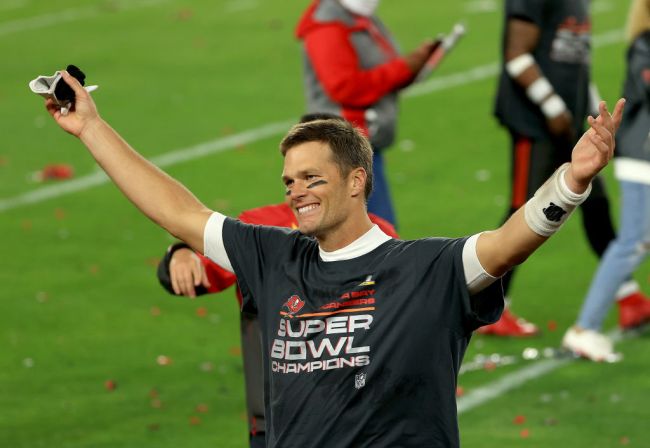 Did you know that Tom Brady sticks to a very extreme diet? Of course you did, the TB12 diet has been talked about just as much as Brady being the greatest quarterback in NFL history. Brady decided to post a few videos to his Instagram story earlier this week giving everyone an inside look into his daily routine. One of the videos showed Brady fixing a smoothie, and before he dropped a banana into the glass, he let us in on a secret.

The GOAT does not eat the ends of bananas.

Here’s the clip of Brady letting the world know he’s not an end of the banana guy:

Tom Brady breaks off the ends of bananas before he PUTS THEM IN HIS SMOOTHIES I cannot with this man pic.twitter.com/wl18JILGlg

I guess when you have seven Super Bowl rings and an endless amount of money, you don’t need the end of bananas in your life. Personally, I’ve always thought the ends of bananas are the best part of a banana. Sure, they can get smushed a bit, but if you can get past the texture, it’s the sweetest part of the banana. I have no science to back up that claim, other than my undefeated tastebuds. Based on a six-second google search, the ends of bananas can get brown faster than the rest of the banana because oxygen seeps into the end. Makes sense.

Oh, and pumpkin seeds in a smoothie, Tom? Hard, hard pass dude, unless it makes me more like you, and in that case, I’m making a Whole Foods run this afternoon.