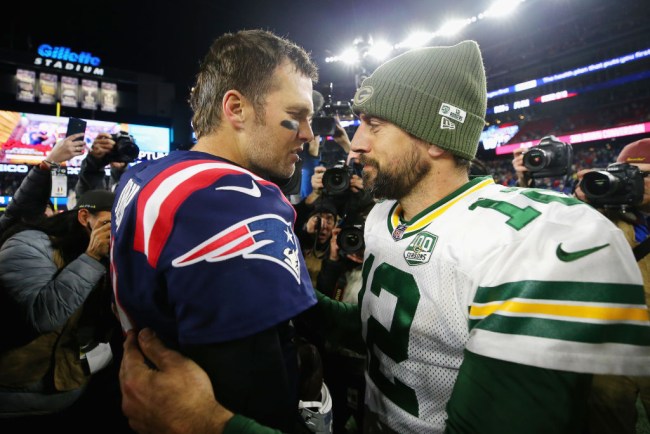 The debate over who deserves to be called the best quarterback in the NFL is as endless as it is fruitless, and while you can cite all the stats you want to make your claim, it’s a pretty unquantifiable title at the end of the day.

There are plenty of criteria to take into consideration—whether we’re talking about raw talent, championships, or whatever the hell “football IQ” is—but in recent weeks, there’s one more aspect that’s come to the forefront: beer-chugging ability.

During the Eastern Conference Finals, Aaron Rodgers got put on blast after he attempted to chug a beer at a Bucks game—with the key word there being “attempted.”

While Matthew Stafford doesn’t really have the skills or stats to be part of the “Best Quarterback” conversation, he did decide to take the time to fire a shot across Rodgers’ bow when he posted a video of him effortlessly downing a brew.

It appeared the Packers QB got the last laugh earlier this week when he issued an A+ response to people beer-shaming him after a reporter brought it up.

Not so fast, my friend!

On Thursday night, the Patriots received the absolutely ludicrous rings that were designed to commemorate their Super Bowl LIII victory and Tom Brady decided to take some time out of his evening to put Rodgers in his place.

This shouldn’t have come as much of a surprise, as we’d previously learned about Brady’s chugging prowess from his teammates and he absolutely pounded a pint while chatting with Stephen Colbert.

If you needed any more proof Brady is the G.O.A.T. it looks like you just found some.