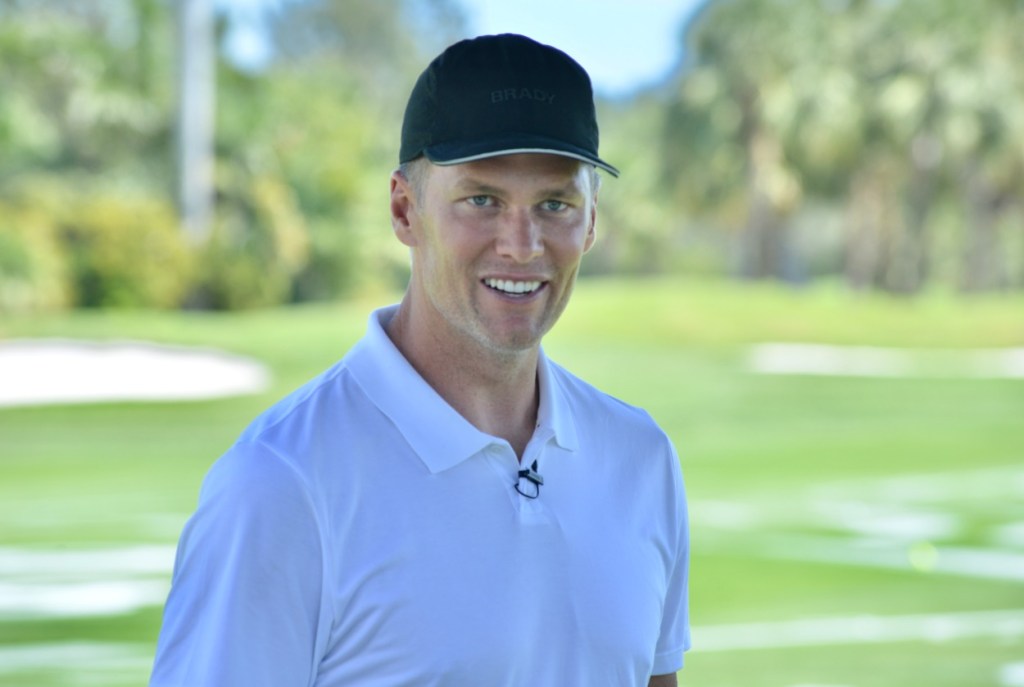 As things currently stand after the 2022 NFL Draft, the Buffalo Bills (+650) are the odds favorite to win the Super Bowl followed closely by Tom Brady and the Tampa Bay Buccaneers (+750). Then the Rams, Packers, and Chiefs are all tied at +1000 according to Vegas.

When Tom Brady announced his retirement on February 1st the Bucs’ Super Bowl odds plummeted. The reigning NFL South champs who won a Super Bowl in Brady’s first season in Tampa were without a QB to lead the team but Brady only stayed retired for 40 long days and nights. Then came the announcement that he was coming back and the Bucs’ odds shot up.

Since then, Brady has been insanely busy. He was at the Formula 1 race in Miami over the weekend with Michael Jordan, Lewis Hamilton, and David Beckham. Tom recently flashed his incredibly jacked python arms on the set of a movie he’s filming. It was announced Tom and Aaron Rodgers will face Mahomes and Josh Allen in ‘The Match’. And yesterday he dropped a new interview in Esquire with Jonathan Evans.

The premise of the interview was to discuss watches. Tom Brady has been an IWC Watches brand ambassador since 2019 (IWC is also Tottenham Hotspur’s watch sponsor, FYI) so the interview kicked off with some talk about Tom’s favorite watches. But then he addressed how the pandemic has completely warped his sense of time and appreciation of work. Here are those quotes that are very telling about why Brady chose to unretire after 40 days.

Esquire’s Jonathan Evans: “You touched on something that I wanted to ask about, which is just how the pandemic has shifted your priorities, if at all. I’m thinking of watches, of course, but also in life in general.”

Tom Brady: “I moved to Tampa on April 1st, two years ago. And a lot has happened in those two years. It’s crazy when I think about the amount of things that happened personally and professionally, the amazing successes in my professional career. But also…just look at the world in the last two years and what we’ve gone through from the beginning of the pandemic to now. It’s altered all of our views on time, on work.”

“For me, I’ve prioritized the things that I want to spend my time doing. And now I’m at the point where I retired two months ago and then realized, “Oh man, I’m not ready.” You know? But at the same time, I know I don’t have five years of football left, and I’ve got to make the most of it in this moment.”

“When you’re faced with something coming to an end, you realize—whether that’s a career choice, whether that’s a moment in time, or whether that’s your life in general—you want to make the most of it. And you think about the people who made your life really special. The people who made your life really joyful, and surrounding myself with people that inspire me, and doing things that kind of bring me closer to what my goals are. Which is to be a great parent, to be the best husband I can be, and to be a great teammate to the organization I’m involved in.”

“And then beyond that to be a great friend, and to work hard. And to show my kids and to be a good example for them of what hard work means, and find something you love to do so you can work hard at it.”

The legendary QB—and IWC brand ambassador—on the first watches he ever bought, and how we're living in a "golden age" for collectors. https://t.co/P9gANG9yY3

“Quality Over Quantity Is Most Important In Life”

Tom Brady’s next quote is pretty interesting with regards to all of the Miami Dolphins rumors. It suggests that he’s never in a hurry to make a rash decision and waits for the best decision to present itself.

Tom Brady: “You know, I’ve always felt like quality over quantity is most important in my life. And choosing right, not choosing fastest or cheapest. Trying to choose for the long haul, and make permanent decisions as opposed to instant gratification. And I think my career has been built on playing the long game. A lot of that is just recognizing that you’re investing in time, and not investing in an immediacy to a decision that may feel gratifying in the moment, but in the end may take away from what you’re trying to achieve. So, I definitely feel that in my relationship with time, my relationship with style. And fashion has always been an expression of my personality, an expression of my style.”

If you’re a regular BroBible reader then you probably know by now that I’m a born and raised Tampa Bay Buccaneers fan. Even going into the 3rd season with Tom Brady as our quarterback it still doesn’t even feel real to me. The idea that the greatest quarterback in NFL history chose our team and basically fell into our laps after the tumultuous but entertaining Jameis Winston years, that blows my mind.

But the way Tom Brady tells it, it’s always been his plan. Joining the Buccaneers was a ‘long haul’ and ‘permanent decision’.