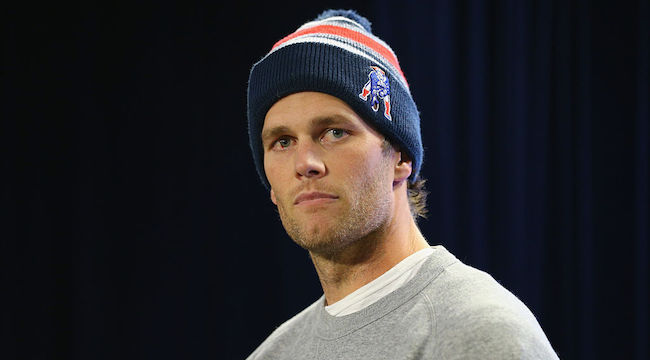 In September, the 40-year-old New England Patriots quarterback Tom Brady released the best-selling The TB12 Method: How to Achieve a Lifetime of Sustained Peak Performance, which gave the world an inside look at the diet and methods he uses to remain a superstar at an older age. His diet revolves around drinking a ton of water, which he claims is the reason he never gets sunburns because he apparently doesn’t fuck with dermatology.

Rob Gronkowski has done what he can to follow Brady’s advice, but he admits he occasionally cheats on his diet. Now, WEEI reports you can sign up to join the Cult Of Brady— as long as you can spare $200 year.

It might sound ridiculous, but Brady used a press release in an attempt to justify the high price:

“The app is a resource to help users build positive daily habits that lead to greater health, well-being, and vitality in their lives and which serves as a complement and deeper dive into the concepts introduced in Tom Brady’s #1 New York Times best-seller, The TB12 Method: How to Achieve a Lifetime of Sustained Peak Performance. These core TB12 Method principles and cutting-edge concepts incorporate athletic preparation, hydration, nutrition, and rest and cognitive fitness.”

It currently costs an average of 331.96 to attend a game at Gillette Stadium, so if you want to cancel out the calories that come with tailgating in the parking lot and buying concessions once you go through the turnstiles, this might be a worthy investment.