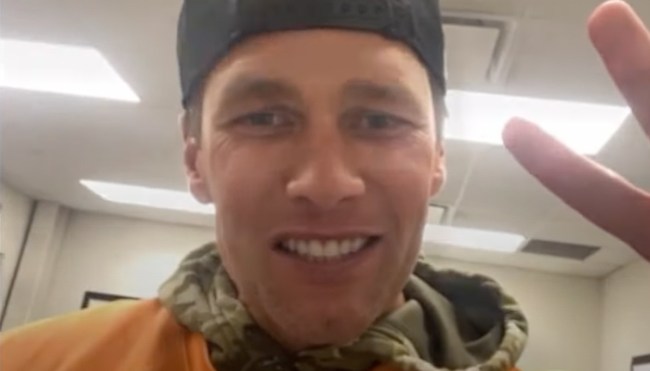 Thanks to the many misdials I’ve made over the course of my life, I have a somewhat irrational fear of calling or texting a wrong number thanks to the crippling awkwardness that normally accompanies unexpectedly finding yourself in an interaction with a total stranger.

However, as we learned from the story about a guy who accidentally received an invite to a Thanksgiving dinner he recently attended for the sixth year in a row, those honest mistakes can occasionally have a happy ending.

Somebody grandma is coming in clutch this year!! Ayee!!! pic.twitter.com/QGrx83nHLl

According to WXYZ, a similarly awesome moment recently unfolded with members of the boy’s basketball team at Notre Dame Prep in Pontiac, Michigan after their coach told them to start a group chat with their teammates. However, things took an interesting turn after one of the player’s numbers was typed with a wrong digit, which led to them being joined in the thread by none other than Tampa Bay Buccaneers cornerback (and Michigan native) Sean Murphy-Bunting.

The team discovered the error after Murphy-Bunting shared a picture of himself sitting in front of his locker in Tampa Bay. While no one would’ve blamed him for leaving the chat after realizing the mistake, he opted instead to surprise the squad by FaceTiming them to give them a virtual tour.

According to one of the players, Leonard Fournette decided to commandeer Murphy-Bunting’s phone and introduce them to some of his teammates, including Rob Gronkowski, Richard Sherman, and the one and only Tom Brady.