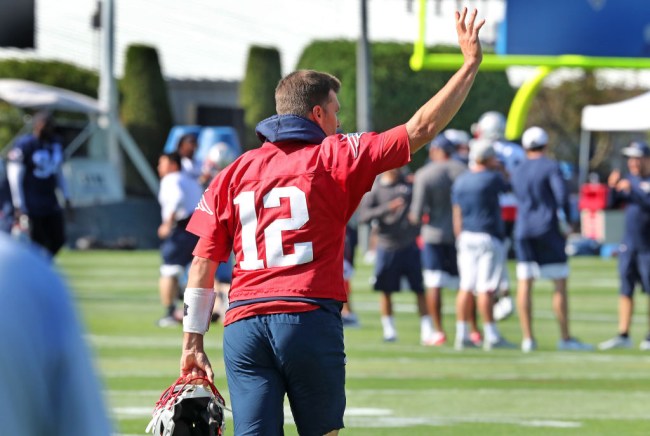 And you thought the rumors surrounding Tom Brady and his future in New England were already swirling.

Think again, because based on this latest report from Greg Hill of WEEI things are about to hit the fan. While nobody knows what Brady’s future holds, maybe not even Brady himself at this point, there’s been a new development that will bring on all the speculation.

According to Hill, the Brady suite at Gillette Stadium has been cleaned out and it’s not just some end of season clean apparently, it’s apparently more detailed than that.

“The Brady suite at Gillette Stadium where (Gisele Bundchen) has been known to watch her husband play football has been cleaned out,” he said.

On top of that, Brady and the family have already left Massachusetts and moved into their new home in Greenwich, Conn.

In addition, Hill said Brady and his family have already moved out of their Brookline, Massachusetts home and moved into their recently purchased home in Greenwich, Connecticut.

Like I said, this update is going to cause some serious speculation. Brady’s suite getting cleaned out isn’t all that big of a deal, because, ya know, things get cleaned. As for the move to Connecticut, that’s not the wildest thing either, it’s not like he just moved the family across the country to Los Angeles or something.

Related: Tom Brady Says His Contract ‘Is Not My Concern At This Point,’ Also Doesn’t Sound Like A Guy Thinking Of Retiring