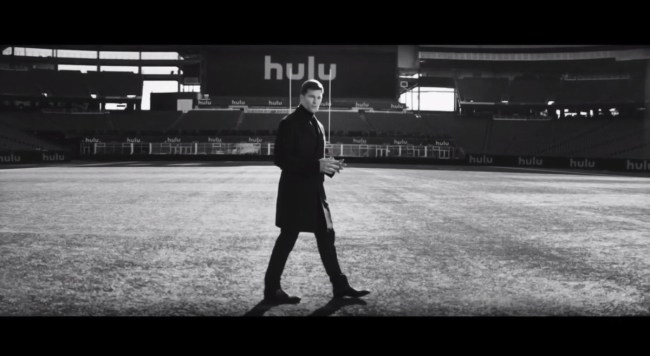 There has been no shortage of speculation as to where Tom Brady will be playing next season. Rumors including Tom Brady looking at Nashville schools, to play for the Tennessee Titans. But Tom Brady wants you to know that he “isn’t going anywhere.” New England Patriots fans can breathe easy.

During Super Bowl LIV, Hulu aired a new black-and-white commercial featuring Tom Brady where he promotes the streaming television service, but also hints that he probably isn’t ever leaving the Pats before his career ends.

On Thursday, Brady triggered panic amongst Patriots fans after he posted a black and white photo of him walking away from Gillette Stadium.

But it turns out that it was all a marketing campaign for Hulu instead of a cryptic message as to where the 42-year-old All-Pro quarterback would be playing next season. Brady, who is set to become an NFL free agent in 2020 and has been a part of the Patriots for 20 years,

During the 30-second Super Bowl ad that cost Hulu approximately $7.5 million, the 6-time Super Bowl champion and 4-time NFL MVP says, “They say all good things must come to an end.” But instead of his illustrious football career, he is talking about Hulu.

You can finally breathe easy New England Patriots fans, Tom Brady is coming back to the Pats in 2020.