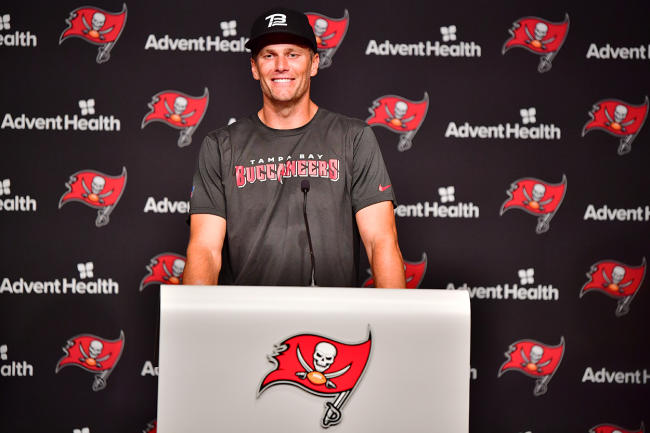 The start of the 2022 NFL season is not too far in the distance. Training camps are set to get underway at the end of this month and then it’s time to start preparing for the fall.

In the meantime, now is the perfect opportunity for players to rest and relax. Tom Brady and his family are doing exactly that— although he is also getting his work in.

Brady, Gisele Bündchen and their family traveled to Italy at the end of June and have been enjoying a rather lavish vacation over the past few weeks. Brady and his wife were seen sharing some ice cream or gelato (much to the surprise of everyone, considering the TB12 diet), they spent some time on the beach, and the Buccaneers quarterback made sure to work off the extra calories with a significant workout on his luxurious, $6 million yacht.

The vacation has included stops in Portofino, Porto Cervo and the Amalfi Coast. It has looked remarkable.

However, there is one major issue— the local movie theaters are not playing Minions: The Rise of Gru. The newest installment of the Minions and Despicable Me series has become a smash hit, largely based off of social media.

A new TikTok trend has led hundreds upon thousands of people (mostly teenagers) to show up to the theaters dressed in suits to see Minions. It’s incredible.

Well, Brady and his family didn’t want to miss out. In turn, the greatest quarterback of all-time showed off his immense wealth by taking a private jet to the nearest theater showing the movie.

At least, so he claims.

You think I’m gonna miss a tiktok trend? Where we going?

Now, Brady could be joking. In fact, he might be. Either way, he’s flexing his private jet after spending weeks on his insanely expensive yacht, because of course he is.