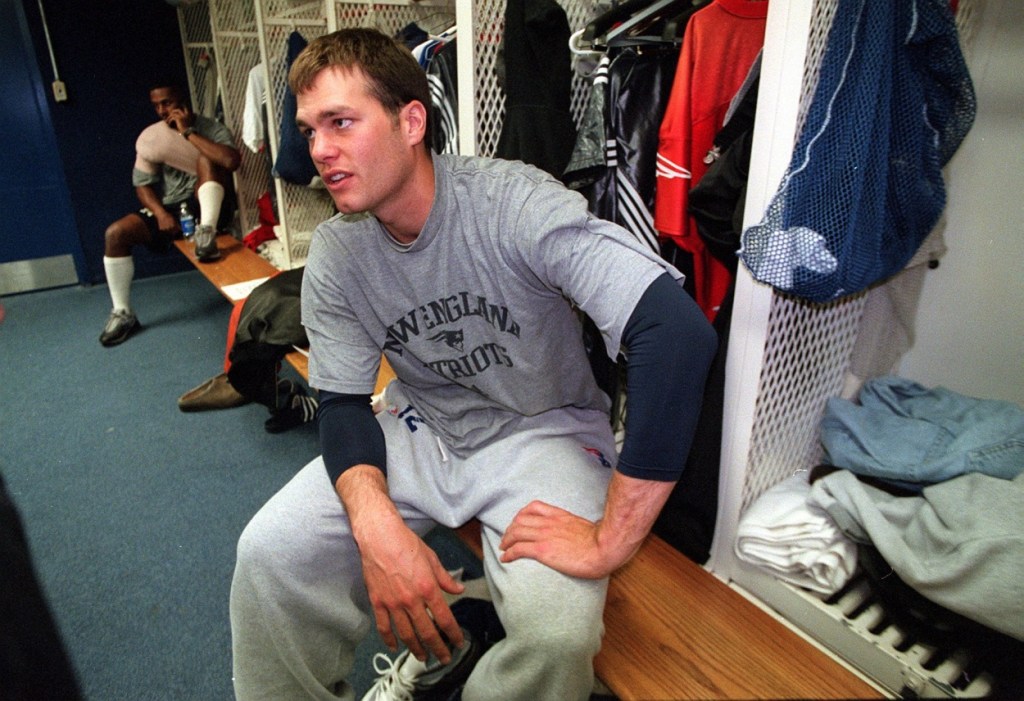 If recent history is any indicator, spending a literal fortune on Tom Brady memorabilia is a risky roll of the dice. This recent trend started at the end of last season when someone spent a half of a million dollars on Tom Brady’s ‘last TD ball’ only for the greatest football in history to change his mind on retirement and run it back for another season.

Thankfully for the bidder who was on the hook for $500K the sale was voided as he was bidding on Tom Brady’s last-ever touchdown ball and the circumstances had quickly changed. Now there’s a trading card scandal surrounding a ‘1-of-1’ Tom Brady rookie card.

Someone just purchased the supposed ‘1 of 1’ Tom Brady rookie card for $396,000 only for the world to discover there is more than one of these cards, despite PWCC knowing and telling the world there were two (more on that below). Now we know there are at least two, and possibly more based on reports.

The 2000 Fleer Showcase Masterpiece Brady rookie card was graded 8.5 NM-MT+ by Beckett Grading Services and auctioned off for $396,000 on Thursday and then someone came forward with another card. According to CBS Sports, “Fleer Showcase confirmed that card manufacturers printed multiple 1-of-1 cards while working on production” but the duplicates were supposed to never leave the factory.

Obviously, that’s not the case as an anonymous person came forward within 24 hours of the sale to show off their 1-of-1 2000 Fleer Showcase Masterpiece Brady rookie card meaning there are *at least* two out there. The previous owner of the card that sold for $396K at auction purchased it for $2,000 back in 2005. That’s about $2,960.67 in 2022 dollars so they just made a FORTUNE on the sale.

This Card Might’ve Been The 2-of-1

According to ESPN, the card sold is the second of 1:

PWCC characterized finding a Brady 1-of-1 rookie card like Howard Carter locating King Tut’s tomb. But when a client (who prefers to remain anonymous) came to PWCC with the BGS-graded Fleer Showcase Masterpiece Brady rookie with “The Only 1 of 1 Masterpiece” stamp on the back — where Brady is pictured with a buzz cut and is hailed for his “poise [and production], especially in the big games” — Carter might as well have found Tut’s tomb ajar.

PWCC first contacted the owner of the other Brady 1-of-1, graded Authentic by PSA, still in their possession and not for sale. The trepidation was that this BGS-graded Brady had been the same card, cracked open and regraded, but that was quickly quelled.

UPDATE: PWCC has provided clarification on the dual cards

A spokesman for PWCC has provided the following update:

“The buyer definitely knew there were two copies when bidding. PWCC re-confirmed that with them this morning. Also, PWCC knew about the second card well before this card went up for sale – not after.

The story of there being two copies of this card was made clear in the item description, the accompanying video – where PWCC showed the two cards side by side – and in our email and social media. Before selling the card the PWCC team flew it down to Beckett in Texas to confirm the card was authentic. Beckett also provided a letter confirming this is an authentic card, which the buyer will now own with the card.

Here’s the video of the side-by-side cards:

And here is the PWCC auction listing specifying there were two cards. That reads:

He knew he owned the card, but he did not realize its historical significance. Even more intriguing, PWCC knew a second copy existed, owned by another well-known PWCC client. But how could there be two 1/1 cards? While no member of our team has ever won the Fields Medal, our mathematical skills are good enough to conclude there can be no 2/1 cards. Or could there? And so began a series of fortunate events to validate one of the most remarkable finds in trading card history. In the early days of serial-numbered cards, manufacturers occasionally printed a duplicate of a 1/1 card as they experimented with limited productions.

It remains to be seen which was the first printed and which Tom Brady rookie card was never supposed to leave the factory.