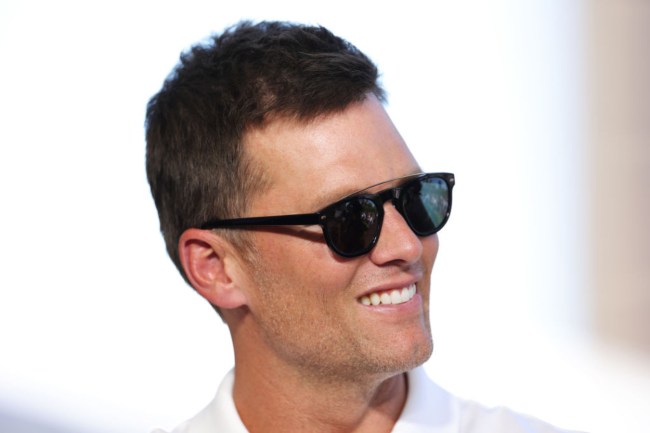 Tom Brady is known for two things: being the greatest quarterback in NFL history and having quite possibly the worst NFL Combine photo of all time.

Things have worked out alright for Brady after his 2000 NFL Combine photo was taken and has since been shared millions of times on the internet. He’s known as the GOAT, has seven Super Bowl rings, and is doing quite well off the field as well.

Nevertheless, the Brady NFL Combine photo is, and always will be, embarrassing, but he’s come to terms with that.

Brady recently joined ‘The Dan Patrick Show‘ and the photo came up seeing as how a video of the QB in his underwear was posted by wife Gisele Bundchen recently went viral.

“A lot of time in the last 23 years to get in a little bit better shape,” Brady explained.

“I was a college kid, I was coming out of college, oh my God, that probably wasn’t my finest moment, but I always joke about that picture, like no one else has a picture like that, where’s Peyton Manning’s picture?”

Back in April, when Elon Musk was making his bid to purchase Twitter, Brady joked that he wanted his Combine video deleted from the app.

If you buy twitter can you delete the combine photo? @elonmusk

Tom Brady Is Cool With His NFL Combine Photo Nowadays

Patrick asked Brady how much money he’d pay to get that photo permanently removed from the internet, which is when he explained the photo doesn’t bother him all that much these days.

“You know what, I wouldn’t pay anything but it serves as a great reminder of where I’ve come from, so, at this point, I would say I’m pretty cool with it,” Brady said.

Life has come full circle for Brady, in the best way imaginable, since that photo was taken.