Even Tom Brady Is Fed Up With The ‘New’ NFL, Says The League Is Like ‘Glorified College Football’ 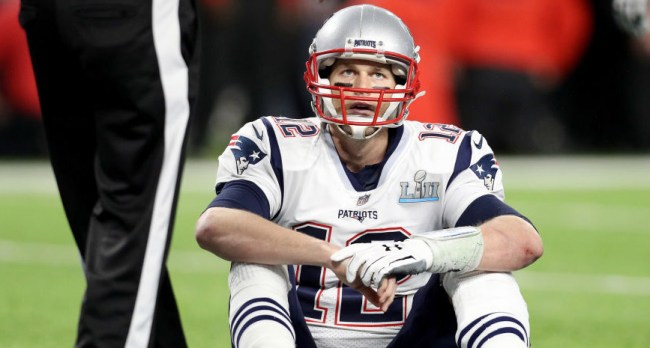 During his weekly appearance on WEEI’s Kirk & Callahan, Tom Brady was discussing why so many young quarterbacks are successful so quickly these days and he said it’s because the NFL is now pretty much just “glorified college football.” And he has a point.

It used to be that when a quarterback entered the NFL, almost without fail, the player would struggle for a few seasons before finally figuring it all out (if they did at all).

Very different times, indeed. But what’s changed? Brady has what he thinks is the answer.

“I think it was a different time. Football was different then. I think now, in some ways, pro football is more glorified college football,” said Brady. “Maybe the transition is a more similar game than what it used to be when I first started. I think football now, removing some of the physical elements of the game, it’s more of a space game, you see a lot of college plays more in the pro game than what I remember when I started. That’s kind of how things have went over the last bunch of years.”

Brady, who averaged just 189.5 passing yards per game in 2001 as a starter on the Patriots’ first Super Bowl-winning team, may have just hit the nail on the head.