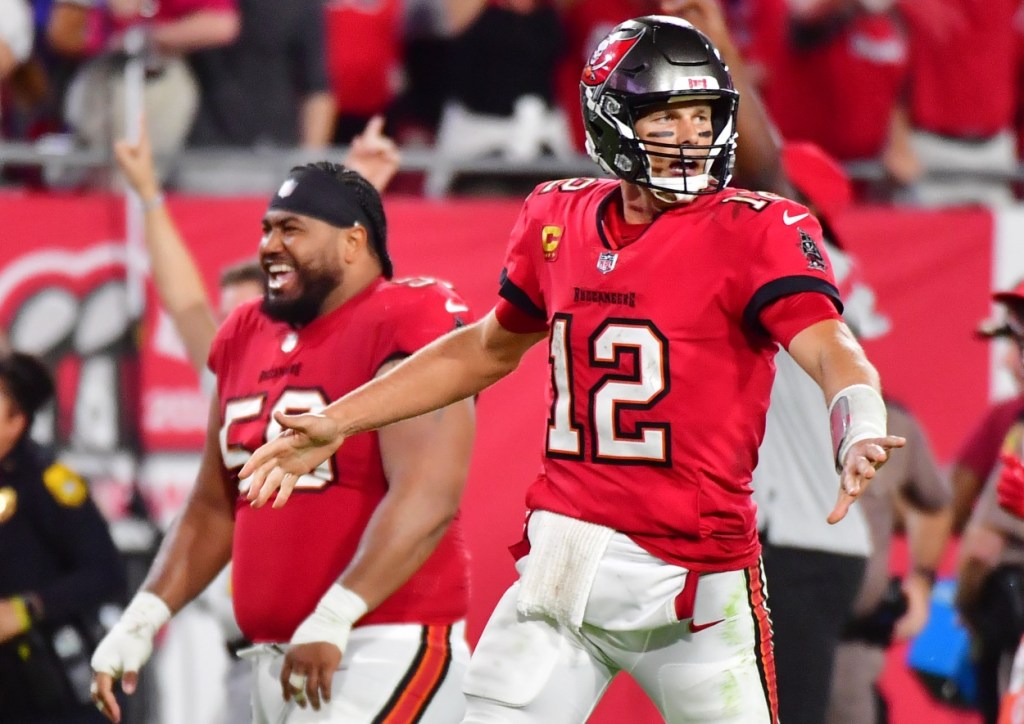 Tom Brady and the New England Patriots were 4 points away from a perfect season in 2007. They ran through the regular season 16-0 but lost to Eli Manning and the New York Giants in Super Bowl XLII 17-14.

That was the closest any NFL team has come to a perfect season since the 1972 Miami Dolphins and it was a pivotal moment in Tom Brady’s career because he came back hungry for more.

In the fourth episode of The Man in the Arena documentary on Tom Brady, he revealed that loss to the Giants was actually a good thing for his career. And by extension, it was a great thing for New England Patriots and Tampa Bay Buccaneers fans. Brady looks back at that moment as a fork in the road and believes that if he fulfilled perfection instead of just sniffing it then he might’ve lost that drive for more.

“Had we won that game, I’m not a big hypothetical guy, but maybe the desire is a little bit different if you’re looking at [a] silver lining. Maybe the desire to reach that point, maybe I would have been fulfilled, not to stop playing at that time, but I don’t know, maybe I play another seven or eight years and I’m fulfilled.

Maybe not, but there’s not much I can do about it now. Maybe that’s the lesson in life. Dealing with what happens, positive [and] negative. You can’t change it. You can learn from it and hopefully it can make you a good person and you deal with life in a positive way. And when things don’t go your way, appreciate the other people who it goes good for, and then try your hardest to get back there again. And I knew that if I ever won a Super Bowl again, I was going to celebrate the [expletive] out of that one.”

Another 7 or 8 years after the 2007 season would’ve likely meant Tom Brady would have missed out on at least 3 more Super Bowl rings from what he currently has.

I remember exactly where I was when Eli beat Brady that night and who I was watching with. That game seemed larger than life and I wasn’t a Giants or Patriots fan (I’m a born and raised Bucs fan).

It seems like that game and Brady’s consequent heroics had a very strong impact on other NFL fans:

Tom Brady lost his perfect season, and had a major injury the next season. He kept grinding and won his next ring in 2014. No matter what you think Brady has a fire inside him like the NBA Goat Michael Jordan. I do not like Brady but his resume is ridiculous

Really enjoying the Tom Brady “Man In the Arena” series that has been airing lately.

Always been a Brady guy so it brings back a ton of memories.

Losing the perfect season to the Giants is still mind boggling. That team was so good.

That team must curse Tyree on the daily. pic.twitter.com/ou4JTHo7Ly

Damn, #ManInTheArena latest episode made me actually respect @TomBrady more than ever. Seeing him lose the perfect season and hearing him and @RandyMoss talk about it was gut wrenching. This is coming from a lifelong diehard @Colts fan. Lol

Tom Brady leads the NFL in passing yards (4134) and Touchdowns (36). He’s the frontrunner for NFL MVP this season and it’s his award to lose but betting on Brady to lose anything is a fool’s errand. He continues to defy age and the Buccaneers could very well win back-to-back Super Bowls thanks to Tom Brady.