Tom Brady Is Selling His Tricked Out Cadillac Escalade For $300,000 And It’s Basically A Private Jet On Wheels 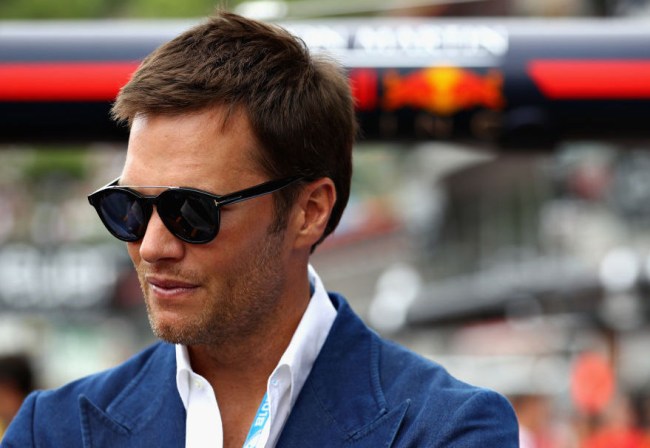 I recently found myself tumbling down a rabbit hole that dropped me back in the mid-2000s courtesy of Netflix’s Too Hot To Handle, a dating show that simultaneously embodies the current state of reality television while (inadvertently or not) also paying tribute to the shows that paved the way for its existence.

In the process of writing far more words about it than I initially intended, I ended up spending basically an entire night scouring YouTube for clips from the infinitely cheesy programs MTV churned out as it slowly began to stray away from the whole “music” thing in favor of shows that revolve around pregnant high schoolers and walking cultural stereotypes and the drama that follows them at every turn.

In my opinion, Cribs is the best reality show MTV has ever produced based almost entirely on the episode where Redman shows off his house in Staten Island.

As for the runner-up? With apologies to My Super Sweet 16 (which I’ve watched multiple seasons of over the past few weeks because that’s how I’ve decided to cope with the current situation), I’d have to award the silver medal to Pimp My Ride.

Pimp My Ride’s legacy lives on to this day thanks to the ever-popular meme about Xzibit hearing about people liking a thing and putting that thing in another thing, which basically sums up the premise of a show that revolved around the crew at West Coast Customs doing stuff like turning a rusty Dodge Stratus into an aquarium because the guy who owned it said he thought Finding Nemo was a pretty good movie.

For the record, I don’t think that actually happened in an episode but I wouldn’t be shocked if it did.

While the show may have had to operate on a budget, the same cannot be said for Tom Brady, who created a pretty pimped ride of his own after he purchased a Cadillac Escalade ESV, a stretched-out version of the company’s flagship SUV.

The price of the base model is around $80,000, but Brady used some of his laughable amounts of money to have Becker Automotive Design give it some custom touches like a 32-inch television and reclining leather seats (complete with leg rests) that you’d expect to find in first class on a flight to Dubai.

However, it appears he’s decided to offload it, as it was recently listed for sale at the low, low price of $300,000.

Becker also posted a video tour of the SUV interspersed with quotes that definitely came directly from Brady’s mouth as opposed to an email sent by his assistant.

Someone should ask the person who dropped $800,000 to hang out with Brady if he’s looking for a new ride.