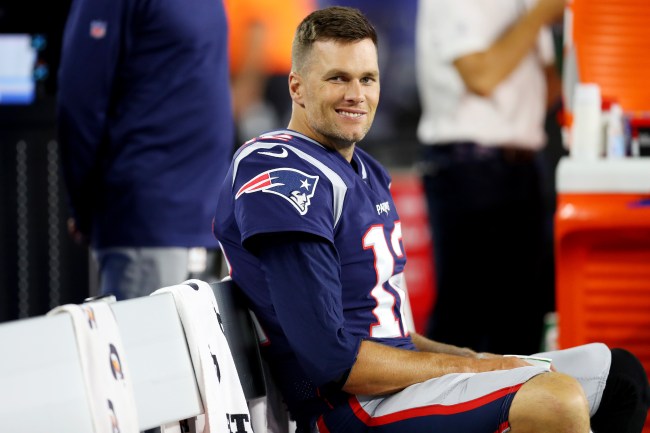 Tom Brady’s future is up in the air as we head into the offseason, but the six-time Super Bowl champ may have just dropped a hint at what he might be thinking. That’s because, according to both Brady’s Twitter and Instagram account, he shared a photo of him leaving the tunnel — which may signify that he’s done with football altogether, may mean he’s leaving the New England Patriots, or, hell, may mean nothing at all.

Here’s a look at the photo from Brady below.

Naturally, given there’s no caption associated with this and zero context, the cryptic message has led everyone on social media to make their own assumptions about what Tom Brady may mean — with tons of reactions being absolute freak outs from fans. Take a look at some of what Twitter is saying below.

Could this possibly mean Tom Brady’s made up his mind and he’s leaving the Pats? Who the hell knows at this point? It does seem like something, though, right? I mean, the 42-year-old just doesn’t do things like this very often, so we’ll have to wait and see if the GOAT gives us some context and an explanation soon.

With the retirement of Eli Manning coming just last week, and the unfortunate tragedy that took Kobe Bryant, his 13-year-old daughter and seven others in a helicopter crash last weekend, maybe Brady reexamined his priorities and is thinking family’s more important than chasing more Super Bowl rings? Remember, the quarterback did react following the heartbreaking news about Bryant, simply tweeting out a heartfelt message and photo of the two.

Again, maybe we’re all just reading into this Tom Brady cryptic tweet way too much, but life comes at you fast — especially in sports — so it might be worth freaking out over if it does, in fact, mean he’s got a huge announcement to make soon. And, according to some people, Brady’s tweet may prove to be worth freaking out over, with rumors swirling that he’s in Nashville looking at houses. Could he be joining the Tennessee Titans? Just maybe.

Tom Brady looking at schools in Nashville for his kids is… interesting.
These rumors are going to drive this #Titans fan base nuts until either Tannehill or Brady signs.

The Titans’ head coach is Mike Vrabel, one of Brady’s old New England teammates, so the rumors could have some validity. Until we know more, though, we’ll just all have to stay tuned to see something definitive from Tom Brady himself — so, for now, everyone freak out and come up with your own conclusions.