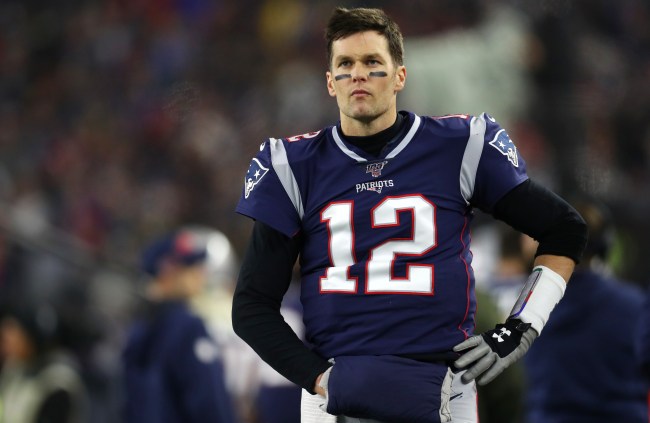 Will Tom Brady leave the Patriots? That’s a question that pretty much every single person in New England has been asking themselves since the team was shocked at home by the Tennessee Titans in an AFC Wild Card Game. It wasn’t just that the Pats lost at home, it was in the matter that it happened, with Brady looking like a shell of himself, while throwing the game-sealing pick-six — which could be his last pass ever as a member of the franchise.

For months, rumors have swirled about what might be next for both Tom Brady and the Patriots, with some even suggesting that the six-time Super Bowl champ is already looking for his next franchise. There’s lots of speculation, but nobody knows for sure if Tim Brady will leave the Patriots or not — although people have suggestions as to why he should and shouldn’t.

One of those people is Hall of Famer Deion Sanders, who spoke with the NFL Network’s Chris Rose to give his take on Tom Brady’s future. “Prime” didn’t beat around the bush, either, presenting an interesting scenario that would keep the GOAT in New England for good — but it’s sure going to cost Pats owner Robert Kraft to do it.

Here’s what Sanders had to say.

“Tom Brady is not gonna retire unless, I feel as though, he’s getting some type of ownership with the New England Patriots,” Sanders said on NFL Network’s “NFL GameDay Prime.” “I feel like that’s the only way that he will walk away and retire. You think he wants to end on a pick-six? You think he wants to end his heralded career, his Hall of Fame, his 100 Greatest Players of All Time (career) on a pick-six? C’mon, man. No.”

You can see the full conversation below, via Twitter.

Deion brings up a great point here, because, let’s face it, Tom Brady can’t possible end his Patriots career with a loss to his former teammate (Mike Vrabel’s) team at home, where the quarterback threw a game-sealing pick-six, right? No way, no how that can be the case. However, there’s been rumored turmoil and tension between the quarterback and head coach Bill Belichick for the past few seasons, so, in order for them to mend fences, an ownership stake may be a good way to do it.

So, will Tom Brady leave the Patriots this offseason? It’s a possibility — but if Kraft ponies up future billions to the signal-caller, the future Hall of Famer may not be able to refuse sticking around for a little bit longer.