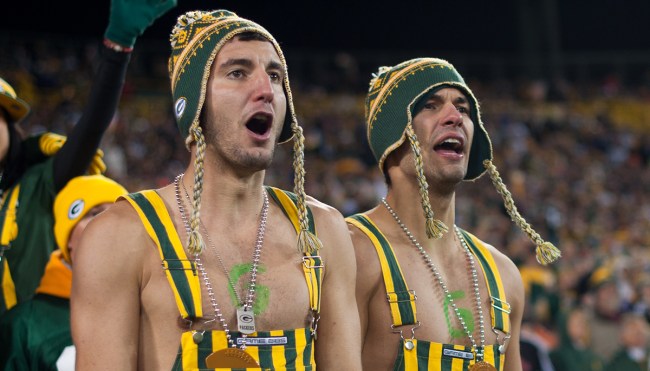 In the mid-1990s, America found its roads littered with vehicles sporting decals featuring the titular troublemaker from the Calvin and Hobbes comics urinating on a wide array of logos, words, and phrases after people across the country latched onto the impressively immature fad that allowed them to permanently air their grievances on their rear window.

That trend was a reflection of the almost universally held belief that peeing on something is one of the most disrespectful ways to express your disdain for a particular concept (although if I’ve learned anything during my time on the internet, it’s that there’s a small community of people who feel the exact opposite is true).

That reality has been reflected on multiple occasions thanks to a stunt you may have personally encountered if you’ve ever used the men’s room at a sporting event. In 2018, fans in Philadelphia lived up to their reputation when Sidney Crosby’s face showed up in urinals at Wells Fargo Center during a playoff series between the Flyers and the Penguins, and Matt Damon received the same treatment during a bowl game sponsored by Jimmy Kimmel.

A couple of years ago, former Minnesota Vikings quarterback Tommy Kramer really committed to the bit when he revealed he’d installed a shrine to a bitter rival in his bathroom in the form of a yellow urinal emblazoned with the Green Bay Packers logo.

Moving in next week, I have friends coming over. Who do you want to see use the Urinal first. Vote here…
1. John Randle
2. Scott Studwell
3. Jim McMahon pic.twitter.com/4q5gajD0lO

Over the weekend, Kramer reignited the longtime rivalry when he revealed he’d decided to upgrade the fixture that he proudly showed off in a video (where you can also see a picture of Aaron Rodgers lying on the turf after having his collarbone broken during a game against the Vikings in 2017 hanging above the urinal)

The new Packer urinal is up and running pic.twitter.com/2x9u63MqxO

If he was trying to piss off Green Bay fans, it’s safe to say he succeeded based on the flood of angry reactions he received.

When a franchise highlight is injuring an opposing player and then put that teams logo in your house despite hating them, you know you’ve lost

Imagine a team living rent free this much in your head you spent time and money to make a urinal and you framed a picture of a guy laying on the ground in pain with a broken collar bone. You can also tell he definitely lives alone.

Pure class, Tommy. Just like your 6-9 lifetime record against the Packers. 🤡

So GB literally lives rent free at your house 🤣 imagine taking your morning pee and GB is already on your mind. Whatta strange life.

It might not be the classiest bathroom in the world, but I’d argue all is fair in love and football rivalries.