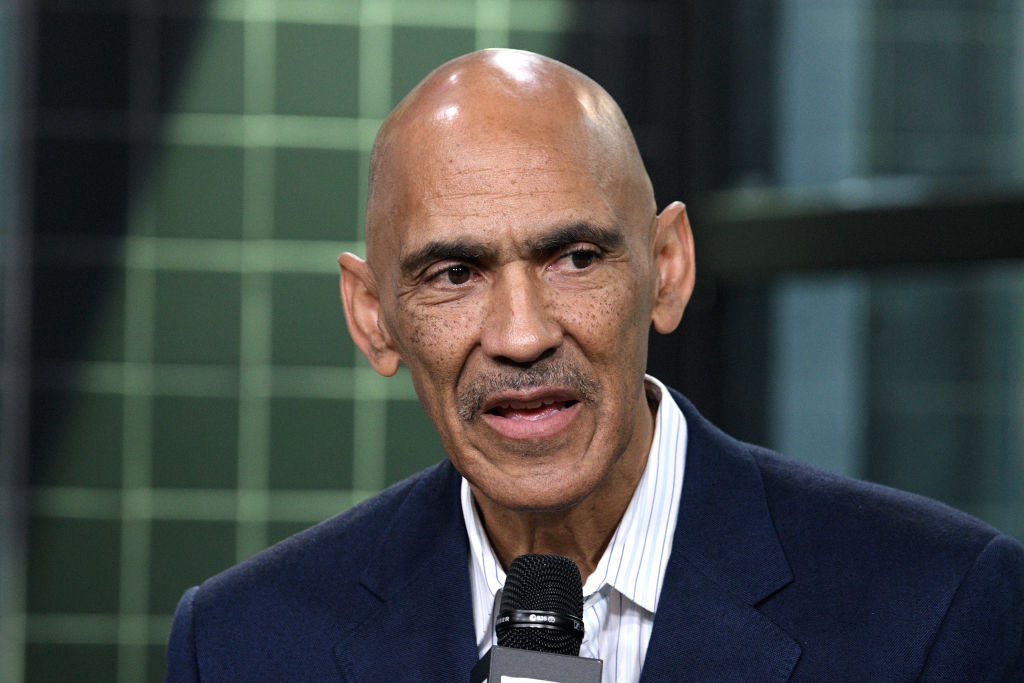 Tony Dungy doesn’t pull any punches. If he feels strongly about an issue, he’ll speak his mind.

The Hall of Fame coach has gone on record to say the NFL has a pass interference problem and how the Patriots signing Antonio Brown was a bad idea from the jump.

Last week, the NFL announced an expansion to the Rooney Rule, which would reward franchises a draft pick for hiring minority coaches.

Dungy addressed the proposal during a recent edition of the #PFTPM podcast. Dungy has been involved directly in efforts to promote diversity in NFL coaching ranks, but the former coach doesn’t support the proposal – at all.

“In my mind, this is drastic,” Dungy told host Mike Florio.

Dungy supports the portion of the proposal that would allow minority coaches to leave one team to accept a promotion with another team, explaining that this will address concerns regarding the supply of qualified minority coaches. However, he draws the line at giving teams a reward for hiring a minority coach or G.M.

Dungy said he’s never been a fan of rewarding people for doing the right thing. He feels something needs to be done about hiring more minority coaches, but handing out additional draft picks isn’t the way to go.

“Number one, how does this put me in my relationship with the other coaches that I work with, and other white coaches? Are they thinking I’m getting an advantage now?

Number two, when that General Manager or owner hires me, is he hiring me because he thinks I’m the best person, or is he hiring me to move his draft choice up a little bit?

And then the third thing this is nobody feels like they want anything special . . . . Don’t hire me and then say I’m going to give you more draft choices later on because you need help.”

Dungy told Florio he spoke with several minority coaches across the league, and they expressed the same concerns.

Ultimately, Dungy feels that the proposal will reward franchises for hiring minorities, but the real issue isn’t being addressed – punishing the franchises who aren’t hiring minors to fill coaching roles.

The new proposal still needs to be voted on, but Dungy seems to think it will pass.

“A lot of people are telling me that it will,” Dungy told Florio. “I think if it does pass, it’ll end up being like the pass interference review rule. We’ll see in a little while some unintended consequences that we’ll say, ‘Gosh, this may not be the best idea.’”