Tony La Russa Allegedly Tried To Get Out Latest DUI By Asking Cop ‘Do You See My Ring?’ 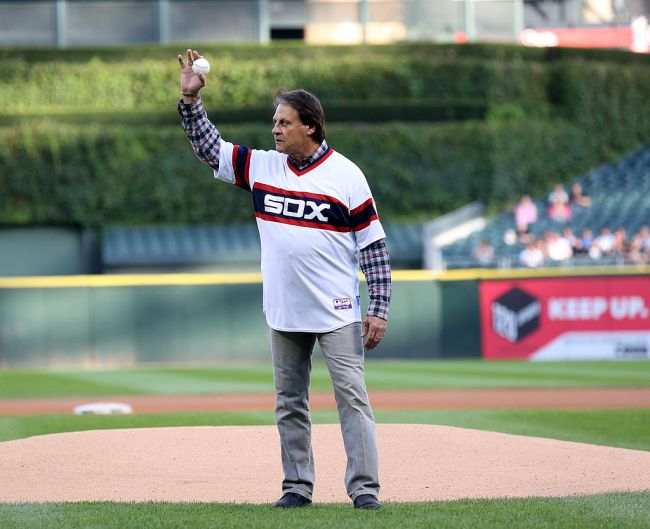 Tony La Russa hasn’t put on a uniform yet but he’s already trying to manage himself out of a tight spot.

This incident involves an allegedly drunk La Russa, a blown tire, and trying to use his celebrity to get out of an arrest.

La Russa was hired as the Chicago White Sox manager for the 2021 season on October 29th.

The day before being hired, La Russa was charged with a DUI in Arizona stemming from an incident that took place on Feb. 24 near Phoenix Sky Harbor International Airport.

A Phoenix officer responded to a call after La Russa ran his SUV into a curb and blew out a tire.

According to the arrest report obtained by Jeff Passan of ESPN, La Russa tried to talk his way out of being arrest by pulling rank on the officer.

La Russa told the officer, who had detected a “light odor of alcoholic beverage,” that he had been at a dinner with friends from the Los Angeles Angels, for whom he was working as a special advisor.

After a field sobriety test, La Russa was taken into custody. In the affidavit, the peace officer described him as “argumentative.”

La Russa refused to submit to a breath test or provide a sample of his blood or urine to test his blood-alcohol level, according to the affidavit, and the officer obtained a search warrant to take two tubes of La Russa’s blood.

The hiring of La Russa was a controversial move even before news broke of the DUI arrest. At least one MLB player has come out to say he’d never play for the manager.

This is the second known drunken driving arrest for La Russa. In 2007, the 76-year-old pleaded guilty to misdemeanor DUI in Jupiter, Florida after falling asleep at a traffic light while managing the St. Louis Cardinals.

ESPN reached out to La Russa about the incident. La Russa said, “I have nothing to say,” and hung up the phone.