Tony Romo’s Annual Salary Request To Stay With CBS Has Been Reported And, Hot Damn, It’s A Lot Per Year 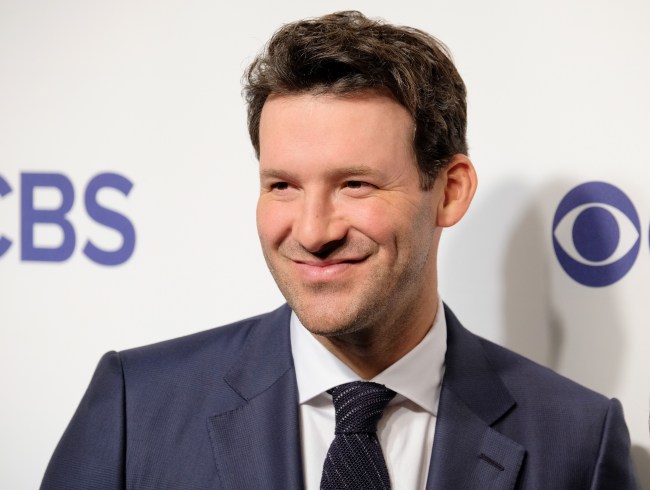 Tony Romo knows that he was the talk of the NFL to, well, talk about the NFL; especially in the postseason when he was literally breaking down pre-snap looks and actually predicting plays. In his two seasons with CBS Sports since retiring from the Dallas Cowboys, the former quarterback has been praised for his wittiness and knowledge, while proving more than likable alongside Jim Nantz in the booth. If you had told football fans that would’ve been the case a couple of years ago, a lot of them probably wouldn’t have thought it’d be possible.

With his popularity at an all-time high as a broadcaster — he’s been linked to all the major networks, including ESPN for the Monday Night Football broadcast — Tony Romo knows he’s got some leverage; and, oh boy, is he planning on using it to negotiate a new deal from his current $4 million per year with CBS Sports.

According to Michael McCarthy of Sporting News, Tony Romo’s camp is reportedly looking for a contract extension with CBS Sports that would pay him at least $10 million per year beginning after the 2019 season. For those at home who don’t know much about all-time salaries of sports broadcasters, that $10 million mark would shatter the mark of the highest-paid TV analysts in sports history, surpassing the $7.5 million that Troy Aikman makes with FOX Sports and the $6.5 million that Jon Gruden earned from ESPN when he was doing Monday Night Football. In fact, Tony Romo’s request would be more than $2 million more each year than John Madden was making during his glory days with FOX, so the reported figure is definitely a big request.

With Tony Romo a hot commodity in the sports broadcast world, he knows that he holds all the cards in this arms race when it comes to his salary. And, while CBS may balk at giving the former Cowboys quarterback the reported amount he’s looking for, they will certainly do what they can to keep him from joining other networks like FOX or ESPN who may pony up that kind of cash.

To put things in perspective, by the way, Tony Romo was making $8.5 million per year in base salary his final season with the Cowboys, per OverTheCap, so being paid to talk football without taking all those big hits seems like a much better way to live life, don’t you think? Let’s see if CBS counters the reported offer or comes close to matching it.