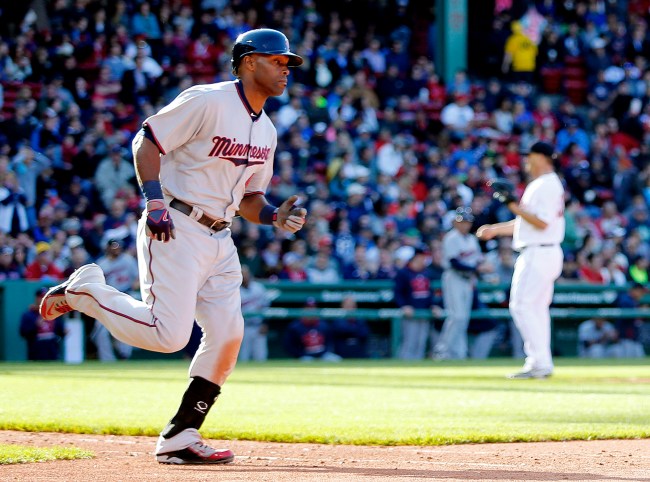 Given what’s going on in the country right now, we’re getting all sorts of stories about some of the awful forms of racism that have occurred in sports over the years, with former athletes speaking out about how it’s impacted them. From Martellus Bennett going on a raging Twitter outburst, to NFL players shunning Drew Brees’ initial comments about players kneeling for the flag, to LeBron James blasting a news anchor over her contradictory comments over the past few years, it’s amazing to see so many people come together to help change the narrative and build equality for all of us.

However, a story that was really eye-opening is one told by former MLB All-Star Torii Hunter, who was recently a guest on Golic & Wingo to talk about all the things going on in our country right now. Since Hunter played the majority of his career with the Minnesota Twins — and Minneapolis was the scene of the disgusting death of George Floyd — the former outfielder was asked how he’s dealing with everything going on, as well as how he’s coped with being a black man living in America.

During the conversation, Torii Hunter not only talked specifically about a time when police pulled guns on him at his own home because they didn’t believe he lived there, but also about some of the racist slurs the player used to experience during his MLB days; with the five-time All-Star describing some awful scenes during trips to play the Boston Red Sox in Fenway Park. Due to such racism, Hunter even admitted to Golic and Wingo that he would have a no-trade clause written in every contract so that he could never be shipped off to Boston.

“And you can’t say much about it because I play pro ball. I didn’t want people saying, ‘Oh, he’s just a complainer, he’s a militant black man, he’s this and that and that.’ I didn’t want that because that backlash is powerful. And nobody heard me. Nobody heard that. That cry. Because I couldn’t. I had people around me telling me don’t say this, don’t say that. But I’ve been called the N-word in Boston 100 times, and I said something about it. ‘Oh, he’s just a militant, he’s lying, this didn’t happen.’ No, it happened! All the time! From little kids! And grown-ups right next to them didn’t say anything,” said Hunter. “So I had a no-trade clause in everything I had not to go to Boston. Not because of all the people, not because of the teammates, not because of the front office. Because if you’re doing that and it’s allowed amongst the people, I don’t want to be there. And that’s why I had a no-trade clause to Boston. Every contract I’ve ever had. And I always wanted to play for them. It sucks.”

Say what you want to about Torii Hunter’s claim here, but, given the details — and some of the unfortunate history between fans in Fenway and opposing players; like Adam Jones in 2017 — it’s hard to imagine any of this is fabricated. It’s sad and disgusting to think this goes on, but it’s the reality.

Hopefully some of the protests and support happening around the country right now can help change things and help stop racism, because no one — pro athlete or not — needs to steal with such hate from other people.