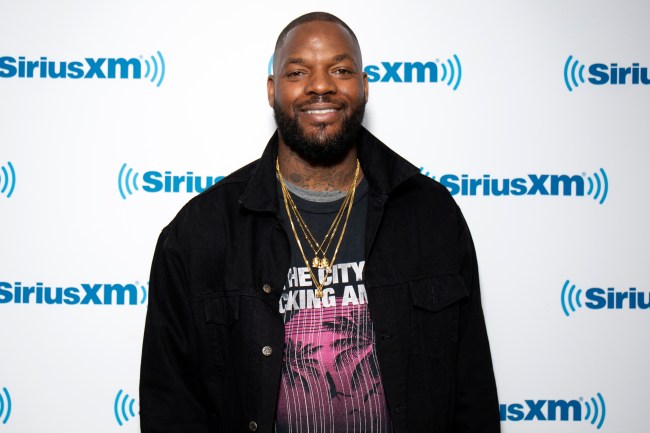 It’s been a couple of years since Martellus Bennett last played in the NFL, but the former tight end did enjoy a 10-year career in the league, so he knows the ins and outs of what happens behind closed doors. And, given the unfortunate circumstances our country’s going through right now as protestors fight for equality in the battle against racism, Bennett is being outspoken (and honest) about what his experience was like during his time in the league.

Following the comments from New Orleans Saints quarterback Drew Brees the other day — in which the future Hall of Famer said he “will never agree with anybody disrespecting the flag of the United States of America or our country,” when asked about NFL players kneeling again once the NFL season starts — Martellus Bennett had a clear message in response: Is anyone really surprised?

Visibly going after Brees, take a look at what the former tight end had to say in a scorching series of tweets.

Tell me one white QB that truly stands for something other than their captain America images….

And y’all wanna applaud them for these statements, when y’all crucified every athlete that said something by protesting in the beginning. Locking arms was always stupid. There was no risk in locking arms. It was no diff from these corporate BLM statement.

You get in front of millions on your platform and give a ignorant statement fucking up the message dudes have lost their jobs fighting for. You and your friends need to take your knees off of the necks of your black teammates and stand for something.

Although Brees did issue an apology following his tone deaf reply about the issues being protested in the country right now — which seemed to appease some of his teammates after taking responsibility — it didn’t appear as if Martellus Bennett was too satisfied with the statement.

But Bennett didn’t just stop at criticizing Brees, because he also laid into Denver Broncos head coach Vic Fangio, who had the audacity to blankly state that he doesn’t “see racism at all in the NFL, I don’t see discrimination in the NFL.” As you’d expect, that didn’t sit well with Bennett — and it led to a series of unearthed tweets mentioning Fangio and, overall, calling out the entire NFL for turning a blind eye towards racism.

And fangio saying that there’s no racism in the league is like sitting on an elephant and telling me it’s a horse.

Arizona cardinals couldn’t wait to fire Steve Wills to hire an up and coming white boy. While Matt Patricia gets another chance after sucking for 2 years. Why?

These establishments can say what they want outwardly but until the work is done internally I don’t wanna hear shit.

There’s a lot of anger (and truth) in what Martellus Bennett’s sharing on Twitter, so, whether you want to admit it or not is up to you. We all know how the league tried to quiet silent protests from guys like Colin Kaepernick and Eric Reid, among others, years ago, and Bennett feels like it’s his responsibility to call out those who don’t think there’s still an issue. That’s important for the league and players like Drew Brees and coaches like Vic Fangio to further educate themselves — because it’s raw emotion that the former tight end’s sharing on social media, and helps keep the conversation moving forward for a change.