Broncos Coach Vic Fangio Says He Doesn’t See Racism Or Discrimination In NFL, But As A Societal Issue 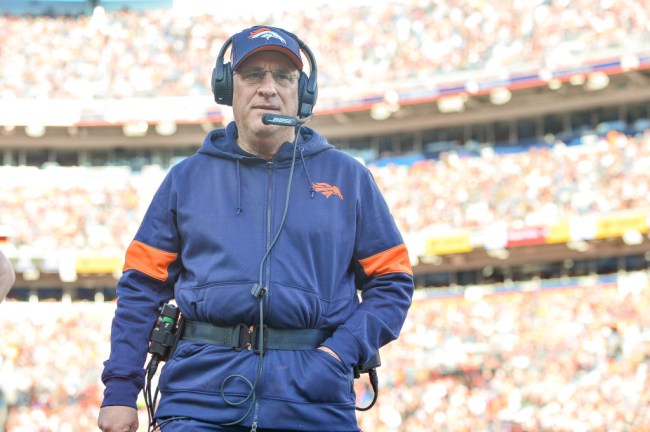 Broncos head coach Vic Fangio spoke with the media on Tuesday and addressed George Floyd’s death, police brutality and discrimination stating that it is a “societal issue that we all have to join in to correct,” while also explaining that the doesn’t see racism and discrimination as an issue in the NFL.

“I think our problems in the NFL along those lines are minimal. We’re a league of meritocracy. You earn what you get, you get what you earn. I don’t see racism at all in the NFL, I don’t see discrimination in the NFL,” Fangio told reporters Tuesday according to ESPN. “We all live together, joined as one, for one common goal, and we all intermingle and mix tremendously. If society reflected an NFL team, we’d all be great.”

Seahawks teammates Chris Carson and Quandre Diggs didn’t agree with Fangio’s view of the NFL as they called him ‘a joke’ and questioned ‘is he blind?’ on Twitter.

Fangio went on to emphasize the anger and sadness he has felt about the death of Floyd and that officer Derek Chauvin should be punished and charged with treason before ending his statement stating that it is a societal issue we have to correct.

“I was shocked, sad and angry when I saw the policeman do to a handcuffed George Floyd on his stomach that led to his death,” Fangio said. “[Chauvin] should be punished to the full extent of the law of the crimes he was charged with, in addition to being charged with treason for failing to uphold the badge and uniform he was entrusted with. … It’s a societal issue that we all have to join in to correct.”

Fangio also said that he is encouraging his players to protest and pointed out Denver safety Justin Simmons and his efforts in his hometown of Stuart, FL.