Tracy McGrady Asked If He Was Better Than LeBron James When They First Met: ‘Oh, Absolutely’ 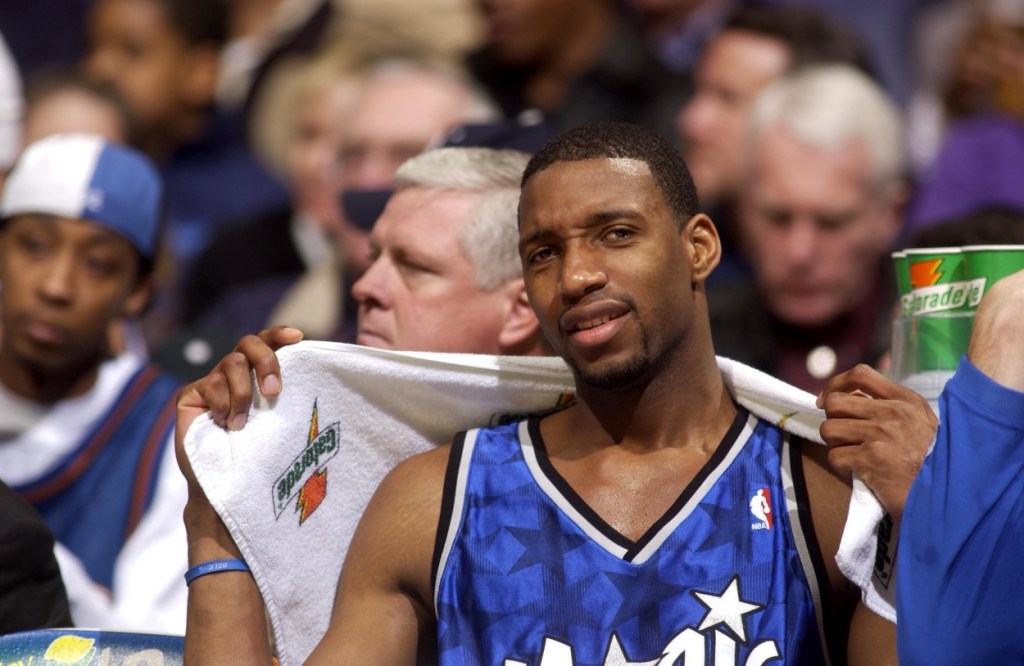 This was a pretty fun segment on the Dan Patrick Show with Tracy McGrady as a guest. Dan grilled Tracy on what it was like facing LeBron James for the first time, back on Christmas Day 2003 during LeBron’s rookie season.

Tracy McGrady is being brutally honest here and it almost traps him in the discussion. Dan Patrick asks him if he could see then that LeBron James was destined to be ‘The Chosen One’ and Tracy is honest about what he saw, a really talented rookie.

Patrick then grills Tracy on who was better at the time and McGrady didn’t even have to think about it, he was better. But he went on to clarify his comments in detail. Here’s the video along with the full conversation transcribed below.

Tracy McGrady Asked If He Was Better Than LeBron James When They First Met: ‘Oh, Absolutely’

Dan Patrick: You weren’t all in on LeBron when you first faced him, were you? Did you see ‘this guy is going to the chosen one, he’s going to be one of the great players of all time?’

Tracy McGrady: I knew he had the potential, (but) I didn’t think he was going to be what he is today. No. I didn’t think he was going to have that type of career. I mean, I knew the kid was good, he was very talented. But to think that he would be one of the… THE greatest, arguable THE greatest to play the game. No, not at the time. No, you don’t see that.

Dan Patrick: You guys faced each other, Orlando and the Cavs on Christmas Day?

Dan Patrick: And what did you think?

Tracy McGrady: The kid was good. At the time, I’m calling him ‘the kid’ because he was 18 years old, but he was really, really good. But even then I still didn’t think, you know, he was going to be arguably the greatest player of all time. No, I didn’t see that.

Dan Patrick: But also, you put up I think 41 (points) so you probably said ‘hey, let me tell you something, you gotta go through me before you become The Chosen One.’

My team wasn’t that good (and) I didn’t have no room to even brag. Individually, yes, I was really good but as a team I had no room to talk.

Dan Patrick: Did you think you were better than him?

Tracy McGrady: When? Then? Oh, absolutely. Yeah, of course. He was a rookie. I mean he was a young rookie, I was seasoned at that time.

Dan Patrick: Okay, then when did you realize LeBron was better than you?

Tracy McGrady: Never. Why would I say that someone is better than me, Dan? Like, I’m an NBA player too.

Tracy McGrady: Do I? I can’t sit here and say ‘I’m better than LeBron’, LeBron is arguable the greatest of all time. No, I didn’t have a better career than LeBron James. Absolutely not. Don’t even put me in that same breath of what this guy has accomplished.

I mean, it’s amazing to me that in year 19 he’s still doing what he’s doing.

Dan Patrick: Yeah but there had to be a point where you go ‘uh oh, he’s moving ahead of me.’

Tracy McGrady: Well, by the time I felt like Bron was the best in the league I was washed up. I was washed.

For anyone out there wondering, LeBron James scored 34 points/6 assists (8 turnovers) in 47 minutes during that 12/25/03 game against T-Mac during his rookie season. And Tracy had a monster game, putting up 41 points in 50 minutes with 11 assists and 8 rebounds. You can find that full box score right here.

Here’s another segment from Dan’s interview with Tracy where they discuss the trade that never was.