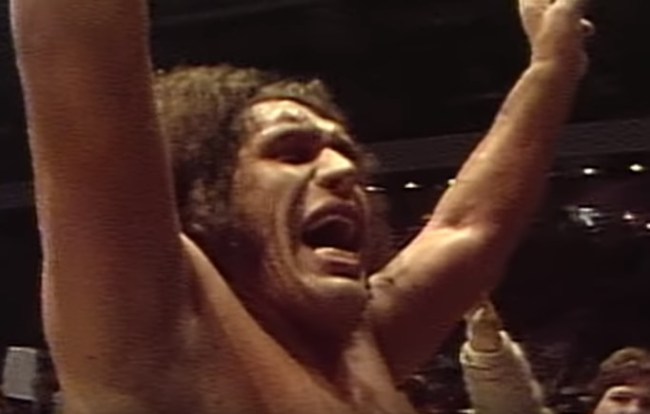 Bill Simmons is bringing his 30 for 30 sports documentary formula to HBO and his first piece will be about Andre the Giant. The sports doc will explore the celebrated professional wrestler’s humble beginnings as André René Roussimoff in France to his legendary wrestling career to his short time in Hollywood including The Princess Bride to his battle with acromegaly AKA gigantism. The teaser trailer was released on Friday by HBO.

“He was a God — literally the biggest celebrity in the world,” the film’s first teaser trailer says. “He is at once a real human, but at the same time, a mythological figure.” Jason Hehir, who worked with Simmons on his 30 for 30 documentary series for ESPN, will direct the film.

Now that HBO canceled Simmons’ first project at HBO, Any Given Wednesday, they have switched gears to a 30 for 30-like sports doc that Simmons made famous at ESPN. “Going back to 2007 and 2008 when I was creating and developing 30 for 30 for ESPN, Andre’s story rode the top of every single sports documentary wish list I ever made,” said Simmons. “We always hear about unicorns these days – Andre was the ultimate unicorn. He’s a true legend. Everyone who ever crossed paths with him has an Andre story – and usually four or five. I’m delighted to join forces with Jason Hehir and WWE so we can capture Andre’s amazing story once and for all.”

The film, which is simply titled “Andre The Giant,” will premiere on HBO during the Spring of 2018. Andrew The Giant will be the first project under Simmons’ new Ringer Films label