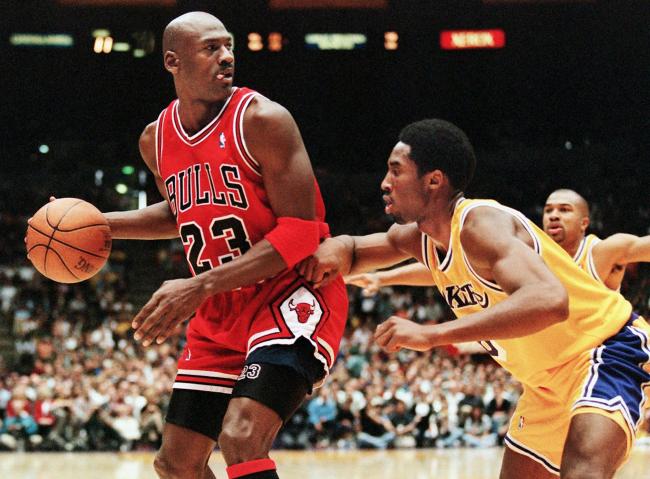 Tim Grover must’ve been a leper in a previous life, because the man was gifted a front-row seat to Greatness for decades of his professional life.

The trainer landed Michael Jordan as a client for 15 years by a divine stroke of luck, and parlayed that experience right into a five-year training stint with Kobe Bryant. And that’s to say nothing of his work with Dwyane Wade.

In his new book, “Winning: The Unforgiving Race to Greatness,” Grover detailed the distinction between Kobe and MJ’s work ethics.

Grover said that Bryant “never stopped,” questioned every little detail of training, was obsessive over the ‘why,’ and carried a DVD player everywhere he went to watch game film at the drop of a hat.

The trainer claims that the hardest part about working with Kobe was “simply getting him to stop.”

Michael’s approach was vastly different, only consulting game film to confirm what he had already processed in his head.

“His head was like an infinite library of images and moments and plays; he recalled every action and reaction, and knew how to prepare for whatever was ahead,” Grover writes.

Jordan reportedly never questioned Grover’s training regiment, instead relying on “his ability to feel what was working for him.”

Grover’s claims about the icons squares with those made by longtime NBA photographer Andrew Bernstein last August.

“They both were religious workaholics in terms of their physical fitness and being in shape,” Bernstein told the John Roa Show. “The difference was that Michael didn’t care about the ‘why.’ Michael just wanted to get stronger, get bigger, and get in the best possible shape he could be.

“Kobe was relentless about asking about the ‘why.’ Like, ‘Why are we doing this exercise? Why are we working on these muscles?’ And that was really the difference between the two of them.”